The identities of all seven West Coast players who broke COVID-19 guidelines by partying at a Perth nightclub have been revealed, with each player fined $5,000.

The COVID-hit club was left fuming after defenders Jackson Nelson and Josh Rotham were photographed partying only a day after West Coast suffered a humiliating 109-point loss at home to Richmond in round seven.

It was later revealed Jake Waterman, Campbell Chesser and Rhett Bazzo had also attended the Leederville nightclub, but the identities of the remaining two players weren't known until West Coast released a statement on Monday afternoon.

Former Docker Hugh Dixon and ex-Tigers midfielder Patrick Naish were named and shamed by the Eagles.

But given the club's dire player availability after been ravaged by injuries and COVID, West Coast have instead fined each player $5000, with half of that amount suspended.

"Given the club's protocols and current circumstances it was irresponsible and disrespectful for those players to attend a nightclub," Nisbett said.

"After completing our investigation, we have decided to fine each of the players who broke specific club and player guidelines.

"We will continue to educate our players and those who transgressed will now need to regain the trust and respect of their teammates as well as everyone else at the club."

Rotham, Waterman and Naish played in Saturday night's 75-point loss to Brisbane at the Gabba, while Dixon was surprisingly dropped despite West Coast needing to use two WAFL top-up players for the match. 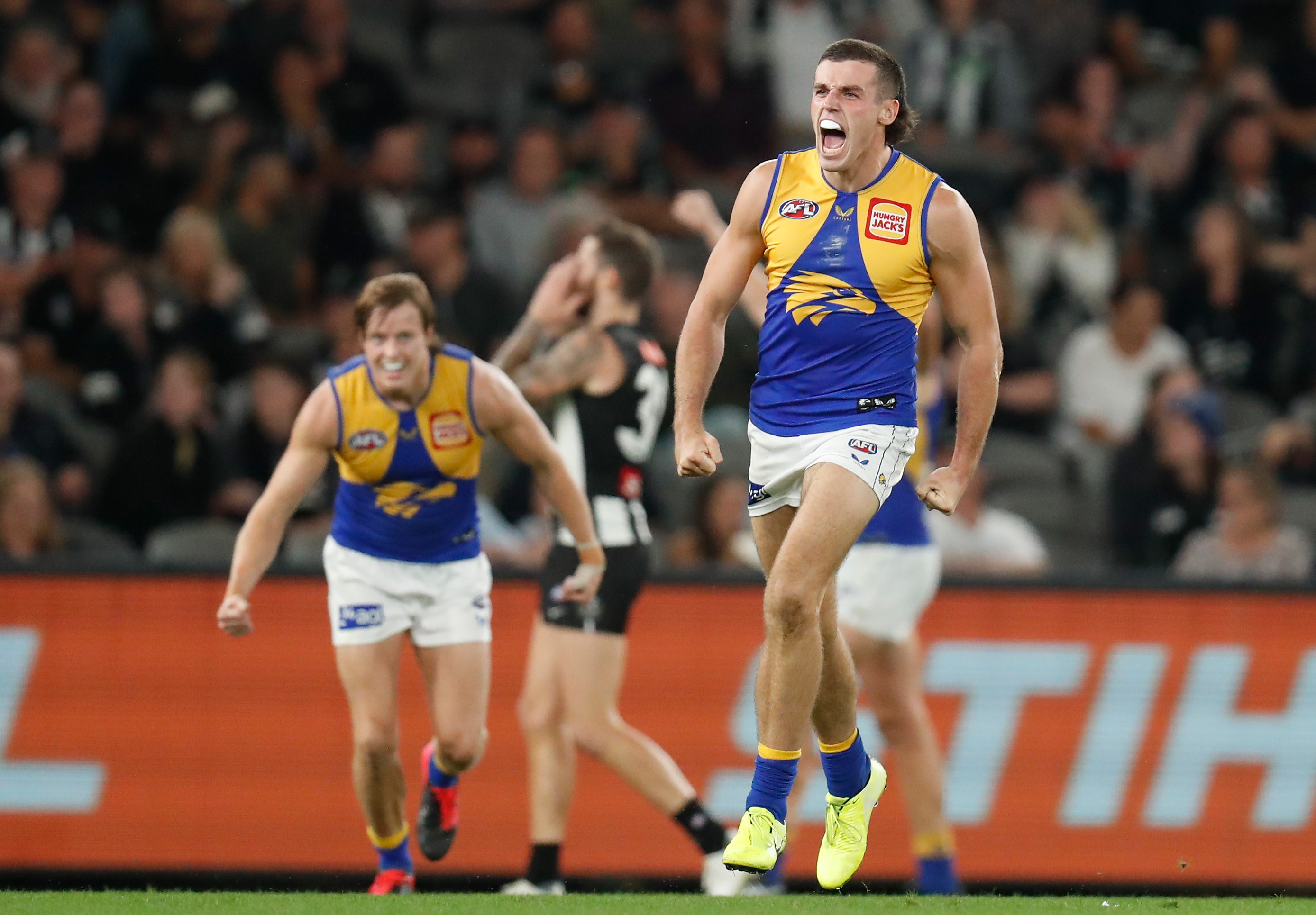 Nelson was one of eight West Coast players who entered the health and safety protocols last week, while first-round draft pick Chesser is on the inactive list after suffering a serious ankle injury.

Nisbett hoped the players involved would learn from their mistakes.

"I know the other players are really disappointed because they've had to be extremely disciplined," Nisbett told SEN WA on Monday.

"We've copped the worst of COVID but it doesn't help if guys are going to go outside guidelines.

"The guys are pretty much ashamed and embarrassed of themselves, but that doesn't detract from the fact they did the wrong thing.

The Eagles have been badly hit by COVID over the past two months after infections soared in Western Australia once the state reopened its border.

West Coast sit bottom of the ladder at 1-7 with a percentage of 52 and could add a second wooden spoon to their last-place finish from 2010.

The Eagles will be back in action on Sunday, hosting premiers Melbourne.