Wallabies utility back James O'Connor has revealed he was once a proud member of a sporting 'rat pack' in Melbourne which included AFL superstars Buddy Franklin and Dustin Martin.

Speaking on the RugbyPass podcast, the 31-year-old said his time playing Super Rugby with the Melbourne Rebels in 2012 and 2013 was a colourful experience.

He was often joined by Rebels teammates Kurtley Beale and Danny Cipriani, as well as two of the biggest names in AFL, then-Hawthorn forward Franklin and emerging Richmond midfielder Martin.

'It was an interesting time, we had good fun,' O'Connor said. 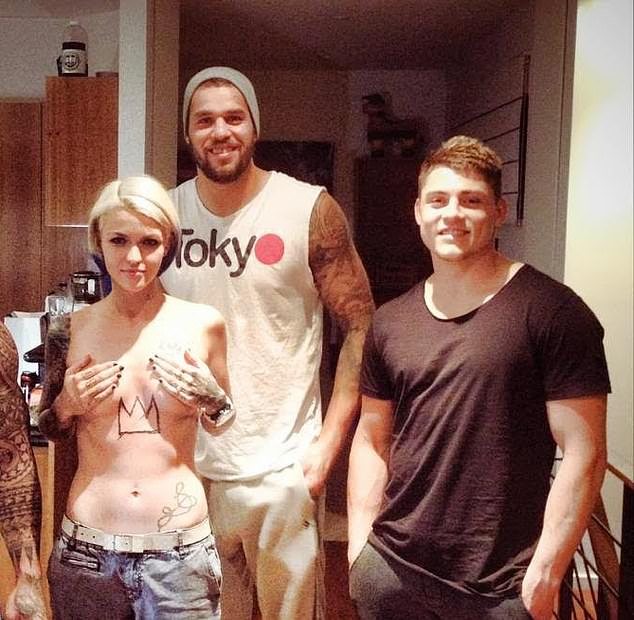 O'Connor (right) said he and AFL superstars Buddy Franklin (centre, with actress Ruby Rose, left) and Dustin Martin hit the town together when he was playing with the Melbourne Rebels

'Melbourne is different to the Gold Coast [where O'Connor grew up] as well as Perth...I was used to having beaches nearby.

'In Melbourne it was about where you were going at night on Chapel St, that was the scene.'

O'Connor went onto reveal another time where Cipriani left him stunned - after squatting in his house.

'I had a friend come over and they asked me where was the best place to sleep,' he said. 'I said the spare room...and they told me someone was already in there!

'So I went to the downstairs part of the house and saw all of Danny's stuff...his bags and clothes. 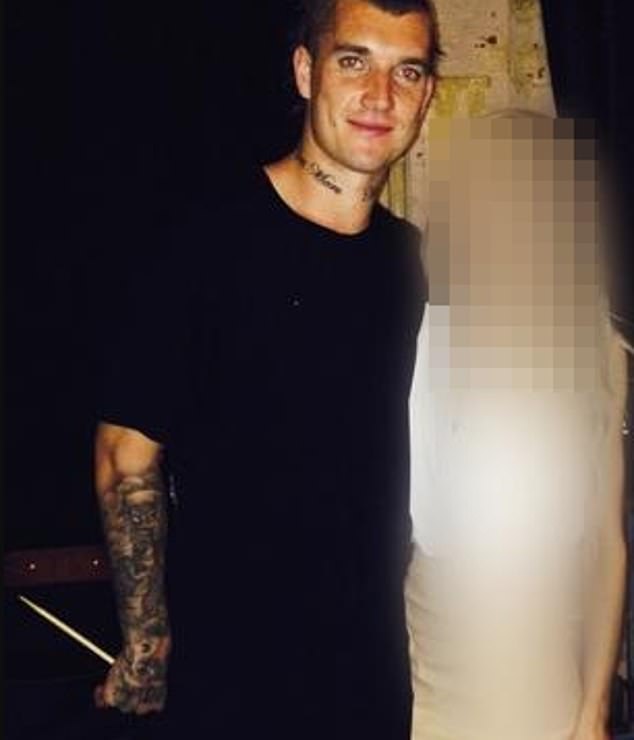 Martin - pictured posing with a chopstick in his hand at Melbourne's Mr Miyagi restaurant, where he was accused of threatening a woman with the implement in 2015 - was one of the 'rat pack', according to O'Connor

'He (Cipriani) told me he didn't think I would mind! He had been there a couple of weeks, I had no idea.'

O'Connor, currently on the books of the Queensland Reds, was also candid about the litany of off-field dramas that have plagued his career after making his debut for the Wallabies as a raw teenager.

Front and centre was the moment he suffered a seizure on a bus trip home while playing for French club Toulon.

A combination of alcohol, prescription drugs as well as a head knock suffered during the game was the cause of the ordeal.

A second seizure further down the line was the wake-up call O'Connor needed to get his life back on track with professional experts - although Toulon team-mate Dylan Armitage feared the worst after the first incident.

'I was in a pretty dark place, I was doing everything. I was just playing around, burning the candle at both ends,' O'Connor said in the podcast.

'I was still playing rugby but I was (going) out a lot, wasn't sleeping much because we were on road trips and flying here and there.

'I had a little head knock after we played one game and on the team bus we just got into it (alcohol)...I ended up having a seizure on the bus and it was hectic.

'I can't remember so it wasn't that hectic for me, but it was pretty hectic after. I think people were traumatised.

'I remember Dylan Armitage saying 'I thought you died' it was f***ed so yeah it was pretty hectic and that was the first wake up call when I was like 'OK I need to rein it in a bit'...then it happened one more time and I was like 'OK, f***, alright'. 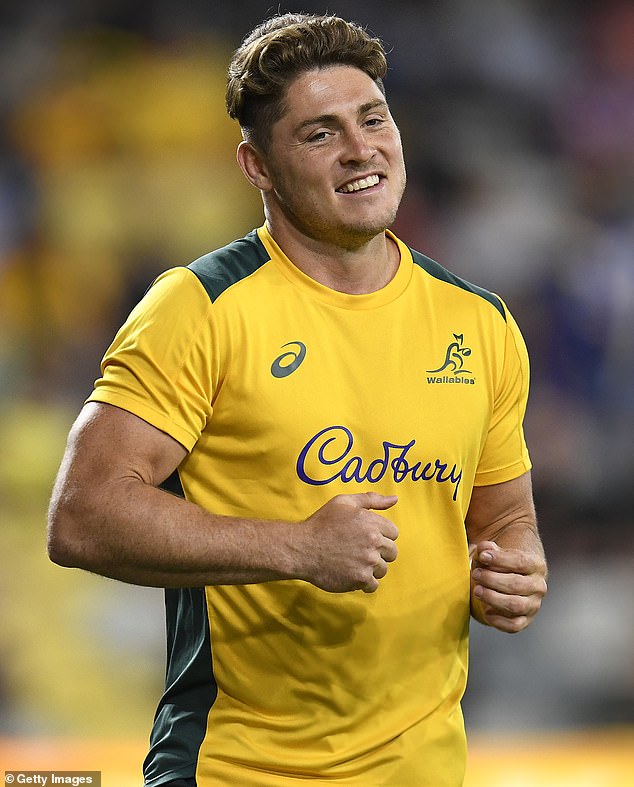 O'Connor made his debut for the Wallabies at the age of 18, and he admits fame led him down the wrong path 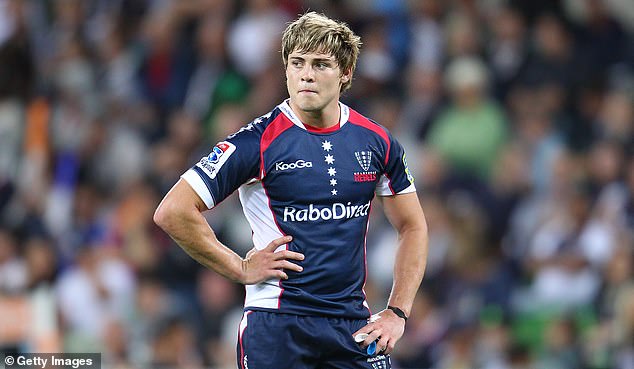 When James O'Connor reflects on his time with the Melbourne Rebels, the 31-year-old shakes his head 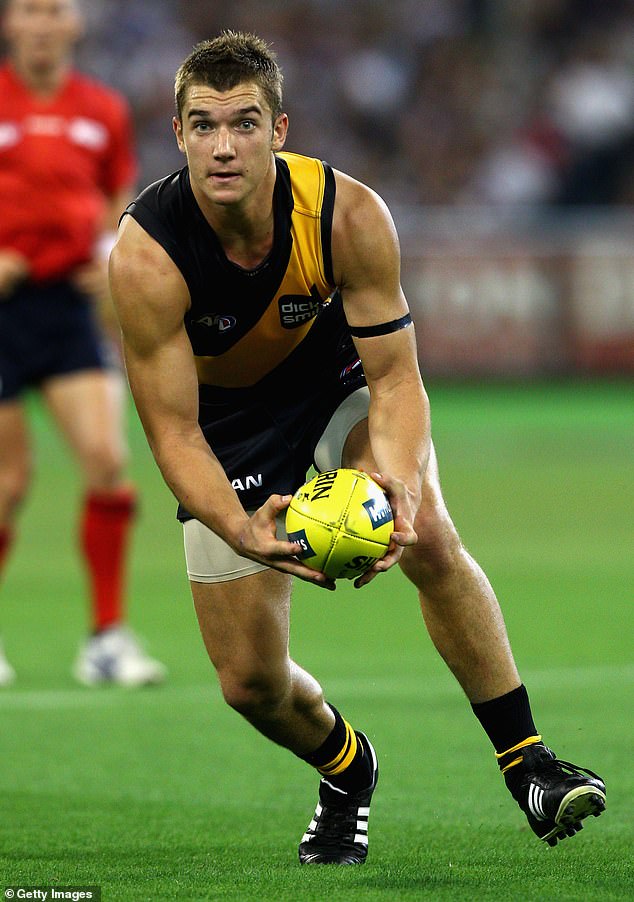 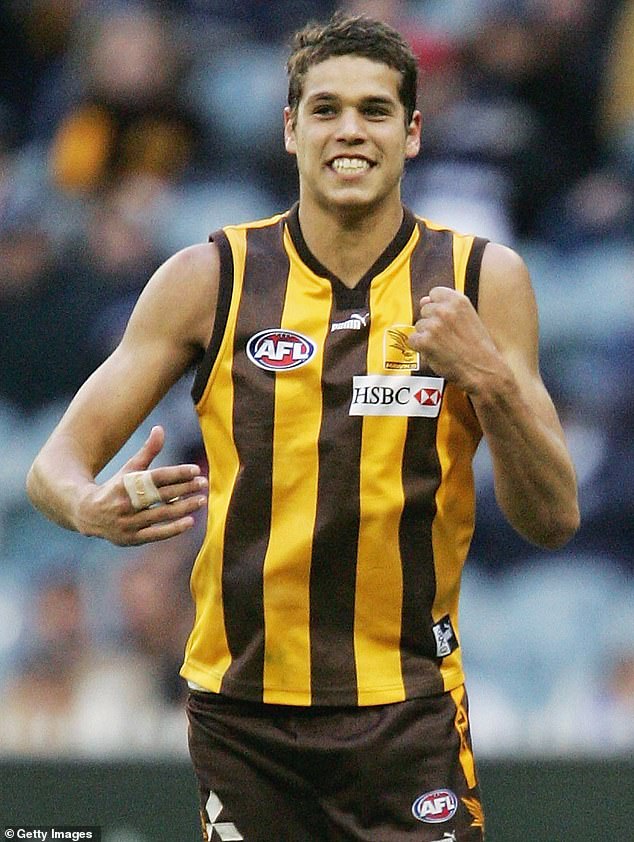 'It happened again, yeah. It wasn't a head knock this time, they did the full examinations and everything, tested me for epilepsy, but literally I was just burnt out.

'The first one I think was a mixture of everything - drinking a lot, taking a lot and the head knock and the second time I was just so fatigued, burning the candle at both ends and it just happened.'

O'Connor then made headlines in 2017 when he ended up in a Parisian jail cell with Toulon team-mate and former All Black Ali Williams - who was allegedly caught buying cocaine on a night out.

'It was rough, it was f***ing terrifying because no one spoke English in there,' he recalled.

'First night, someone s**t on their hands and rubbed it all over the wall, yeah ruthless. That was another rock-bottom experience.'

He remains in the mix to be in the Wallabies squad ahead of the World Cup in France next year.