This year's AFL grand final could well be played in a twilight time slot that would see the end of the match played under lights after the success of last year's decider in Perth, which began at 5.15pm local time.

The match between the Dogs and Demons attracted the biggest TV audience since the 2016 grand final and that could help sway the AFL Commission when it meets to consider the timing of this year's decider next month.

Footy legend and top commentator Garry Lyon said starting the game at the MCG at 4.30pm instead of the usual 2.30pm is a 'very real chance' when he spoke on SEN Breakfast on Wednesday morning.

He believes the move would be another memorable change to the game under AFL CEO Gillon McLachlan, who announced he will step down from the role at the end of the season. 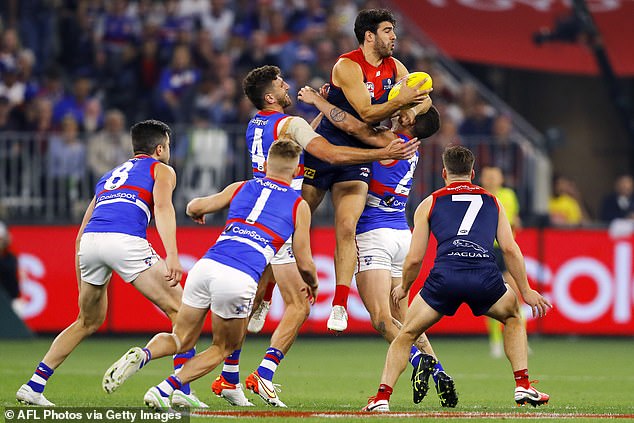 Last year's grand final between Melbourne and the Western Bulldogs was a big ratings winner with its 7.15pm AEST start 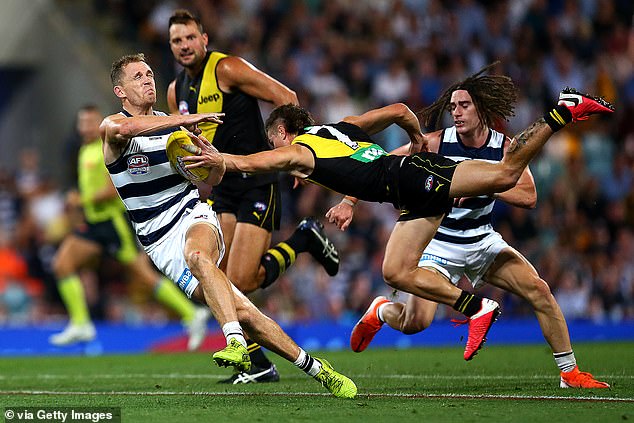 'Maybe his legacy - and this is what I'm hearing - that this AFL grand final is not locked in as a 2.30 and maybe on the way out there might be a twilight grand final, a 4.30ish start for the AFL, like last year.

'I think it's on the agenda, it hasn't been ruled out and I think it's a very big chance.'

Richmond's victory in the 2020 grand final marked the first time the biggest game in Aussie Rules was played under lights.

The AFL took the opportunity to make the big switch given it was a one-of-a-kind decider due to restrictions imposed by the Covid-19 pandemic. 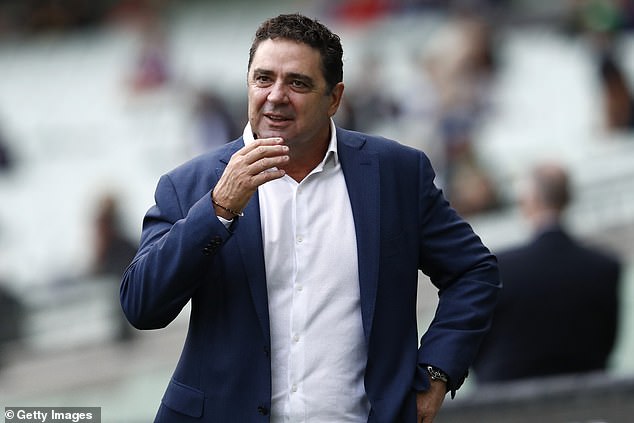 The home-and-away season was shortened to just 17 games, the season was suspended for a long stretch and the date of the grand final was switched to the latest date in the code's history, October 24.

Most glaringly, the match was played in Brisbane, marking the first time Melbourne had not played host in 123 years.

The first bounce took place at 6.30pm AEST in order to avoid clashing with the Cox Plate horse race - and because, as Eddie McGuire put it, 'If you want the entertainment, you've got to have a night grand final.'

The NRL has held night grand finals since 2001.