Swans blow away HAPLESS Eagles in 63-point romp after keeping West Coast SCORELESS in the first quarter... with 11 different players kicking a major for Sydney

West Coast have suffered an embarrassing Friday night flop after conceding the opening eight goals in a 63-point AFL loss to Sydney at Optus Stadium.

'There are no excuses for that,' West Coast coach Adam Simpson said. 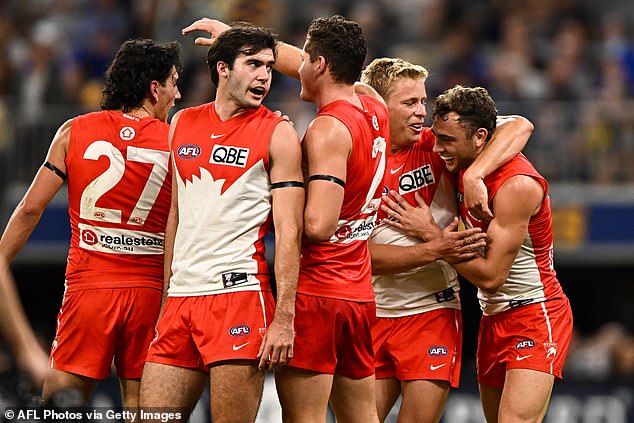 'We need to own it and accept it and get better. We played a very good side who beat us on the inside and outran us on the outside. So that combination gave us what you saw.'

Ruckman Peter Ladhams made the most of Nic Naitanui's absence to rack up 24 disposals, 24 hitouts, five clearances and a goal in a dominant display.

Sydney had 11 goalkickers in an even spread, with Isaac Heeney booting three. 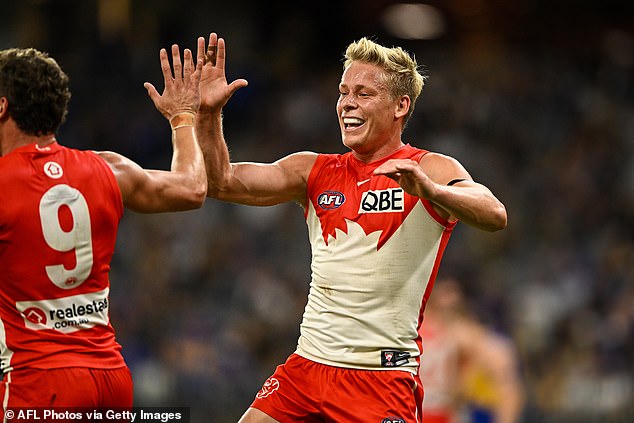 Isaac Heeney booted three majors for the Swans, who dominated the contest from the start 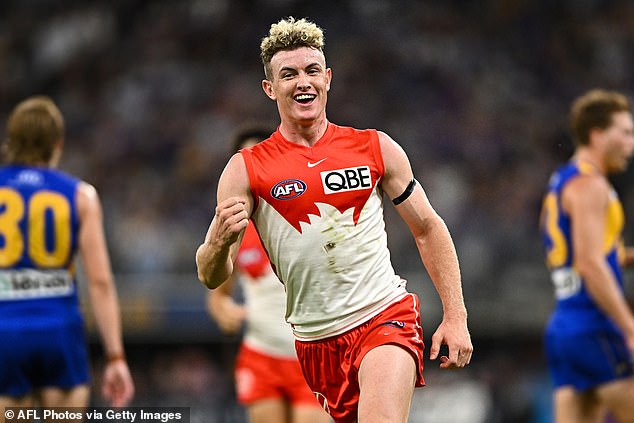 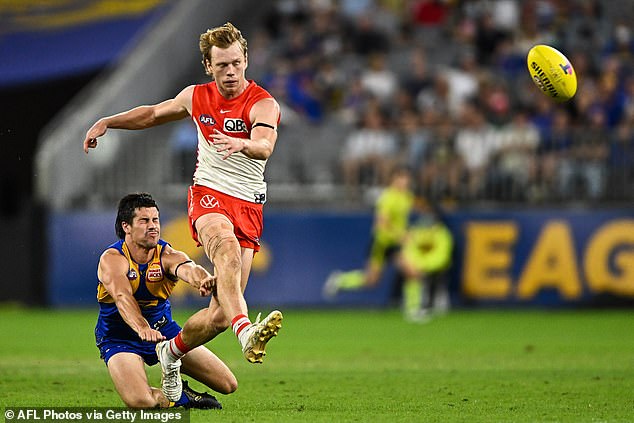 'It's not easy to come over here to play the Eagles on their home turf,' Sydney coach John Longmire said.

'We were on average 30 games per player less in experience.

'So it was probably the first time some of the boys played in front of the Eagles crowd on their home deck.' 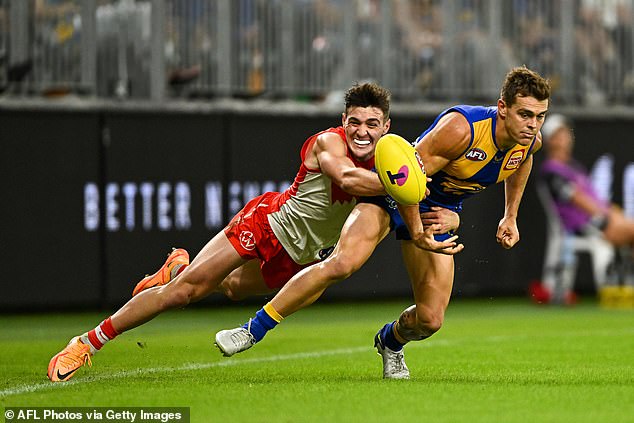 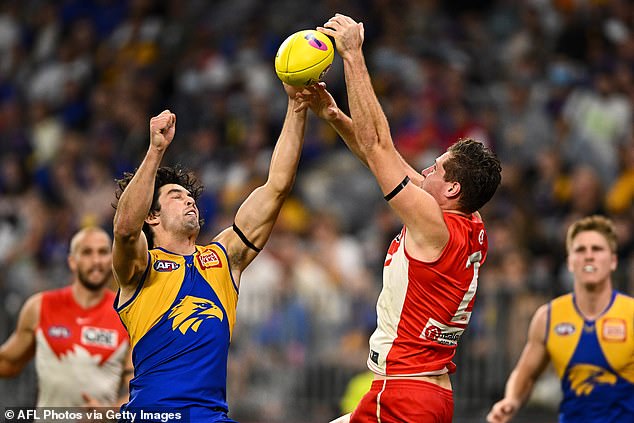 There was hope West Coast's upset win over Collingwood last week -- combined with the return of star quartet Luke Shuey, Elliot Yeo, Tim Kelly, and Jamie Cripps -- would ensure they could match it with the high-flying Swans (4-1).

But any prospect of a match resembling a contest was quickly extinguished, with the first-quarter stats telling the story of the night. 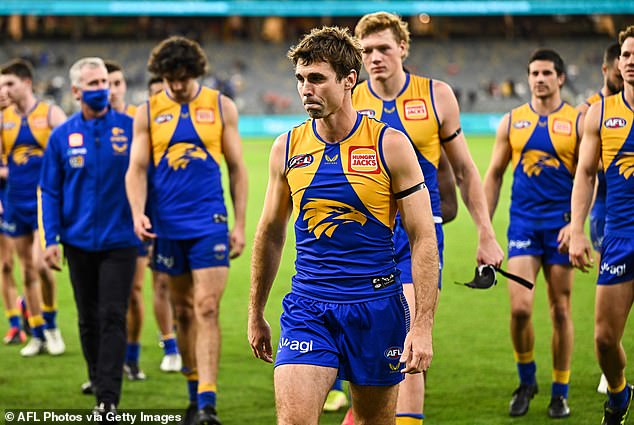 Emerging Sydney spearhead Logan McDonald showcased his talents with a 50m goal on the run and a clever snap, while Hayden McLean overcame an embarrassing dropped mark near the goal square to boot two majors.

The Swans continued to pile on the pain in the second term, with their ability to use the corridor at speed allowing them to go over the top of West Coast's defensive set-up.

The Eagles were so woeful that they needed a slice of luck to finally get on the board, with Ryan converting a dubious free kick with eight minutes remaining in the first half. 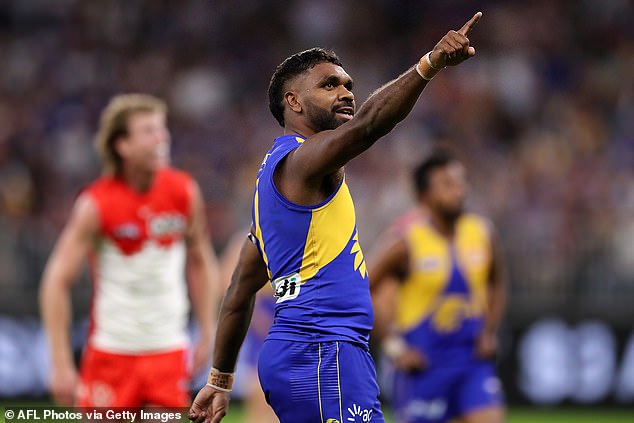 A clever Josh Kennedy snap shortly after gave West Coast further life, and the Eagles did manage to outscore Sydney two goals to one in the third quarter.

But the rout in the first 45 minutes of the match meant the game was already well and truly over.

The final inside 50m count read 65-29 in Sydney's favour in a stat that showcased the Swans' utter dominance of the match.