West Coast Eagles midfielder Aaron Black achieved the dream of a lifetime by making his AFL debut on Sunday. In a bittersweet twist, however, it also felt like a retirement for the 29-year-old.

The captain of WAFL side West Perth, Black was one of the players the Eagles brought in to bolster their depleted ranks ahead of their Round 2 clash against North Melbourne.

West Coast were forced to make 14 changes to the side that lost to Gold Coast on the opening weekend of the AFL season, with 12 of those changes coming as a result of players entering the league's coronavirus protocols. 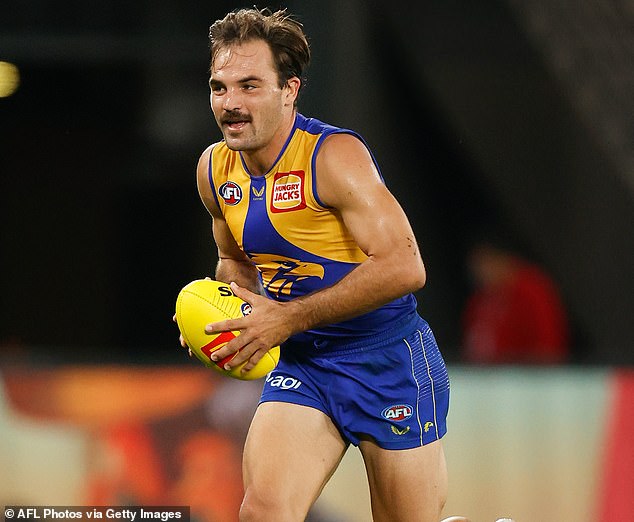 As a result, they had to tap into the WAFL's pool to call-up players to field the required 23 players.

Black, who works as a school teacher, kicked a goal in his AFL debut as the Eagles lost 74-59 at Marvel Stadium against the Kangaroos.

'I kind of had a bit of a reflection after the game and it felt like it was my first game but also my retirement at the same time,' the midfielder, who was named Western Australia’s best and fairest player in 2014, told SEN.

'I took it all in when we were sort of coming off the ground [at Marvel Stadium] and made sure I had a look around. 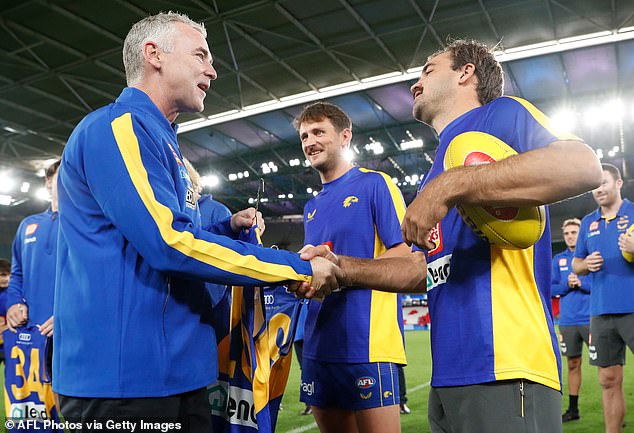 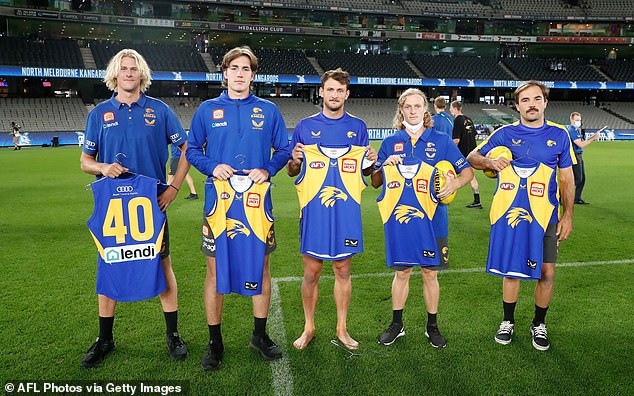 West Coast had five debutants against the Kangaroos, with 12 of their listed players ruled out after entering the AFL's coronavirus protocols

'Obviously really disappointed we lost but it really did feel like that for me because you just don’t know what’s going to happen.

'Plenty of opportunity potentially ahead, but it all comes with luck for us and not much luck for West Coast.'

After reporting a smaller number of cases than the eastern states throughout the past two years, cases of Covid-19 have surged throughout Western Australia in recent weeks.

The virus has swept through the Eagles and Dockers camps, albeit to a lesser extent in the latter's case. 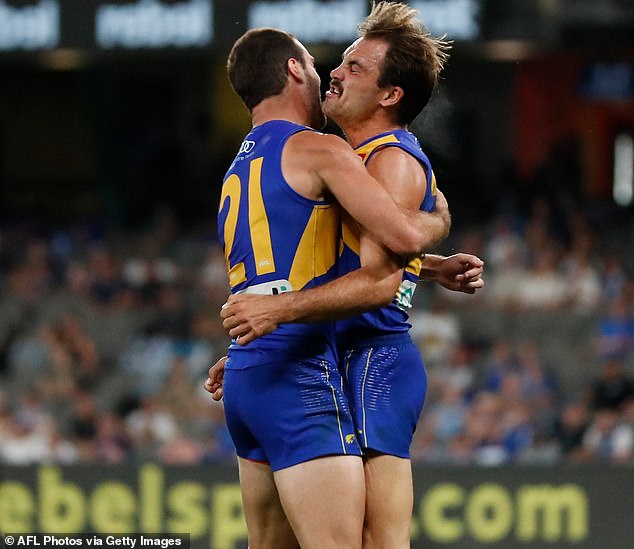 Writing in The Herald Sun last week, Jon Ralph noted both clubs were susceptible to an outbreak of Covid, given they had not reported a single positive case up until the start of the season.

By contrast, 80 percent of players the other 16 clubs had reportedly tested positive for the Omicron variant.

For players like Black, however, the outbreak represents the chance of playing another AFL game with the added incentive of it being against local rivals Fremantle on Sunday, 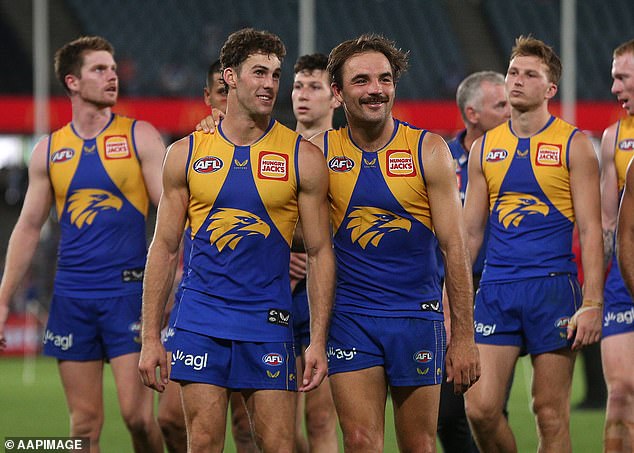 He could feature against Fremantle on Sunday, should the Eagles still be short of players

'I’d be really excited if I get to run out there again and have a crack,' he said.

'I know the expectation, I know what the game is going to be moving like a little bit more [than on the weekend].

'I know what I can deliver [...] if I get a chance I’ll grab it with both hands and run with it but if not, I’d say I’m definitely a converted Eagle now.'