While a couple of pre-season matches were affected by COVID-19, no Australian-based matches in Super Rugby Pacific so far — touch wood, cross fingers, etc — have been impacted directly by the ongoing pandemic.

West Australian border issues forced a few date changes and venue swaps over the first five rounds, but other than that, the game has just carried on since it got underway in mid-February.

That sadly hasn't been the case in New Zealand, where six matches have been postponed so far, and only one of those since replayed. Another match will be played next Tuesday.

That leaves four still to be played, and New Zealand Rugby will be desperately hoping that number doesn't grow for the pure and simple fact that time is rapidly running out for postponed games to be rescheduled.

When the draw for the new competition was first released late last year, we were going to be done with the conference concept, with the Australian teams facing the New Zealand teams from Round 1, and with local derbies and trans-Tasman games integrated from the start.

It really was going to be a new chapter for Super Rugby down in this part of the rugby world.

But COVID-19 decided it wanted another crack at us, and as outbreaks in Sydney and Melbourne rapidly took hold, borders were just as rapidly re-closed. The trans-Tasman travel bubble was paused back in July and then extended several times, resulting in a revised draw just a few days before Christmas.

And with that revision came a return to a divided competition, where the Australian and New Zealand teams would stay on their own side of the Tasman for the first nine rounds of the season.

After that, both NZR and Rugby Australia are still hoping like hell that things will be OK-ish enough for the inaugural ANZAC weekend super round — where all twelve teams will descend on AAMI Park in Melbourne — to go ahead, kicking off the trans-Tasman element of the competition.

The return of the divided competition has also sparked fears on both sides of the ditch of a repeat of last year's disappointing Super Rugby trans-Tasman showing by the Aussie sides.

But the competition is now in a race to get itself back on track ahead of that planned reunification.

All 12 teams will have a bye round somewhere over the three weeks of Rounds 7, 8 and 9, and while some of the rescheduled games will be able to be replayed then, others won't.

The Crusaders and Blues, for example, look set to play their postponed Round 5 game over the Easter weekend, where both teams will be having a bye in Round 9. That's an easy one.

Competition new boys, the Auckland-based Moana Pasifika, have made up one of their four postponed games so far, and will play another one next week, but are still left with games against the Hurricanes and Highlanders to play. Byes on different weekends mean they can't both be played during the bye window. 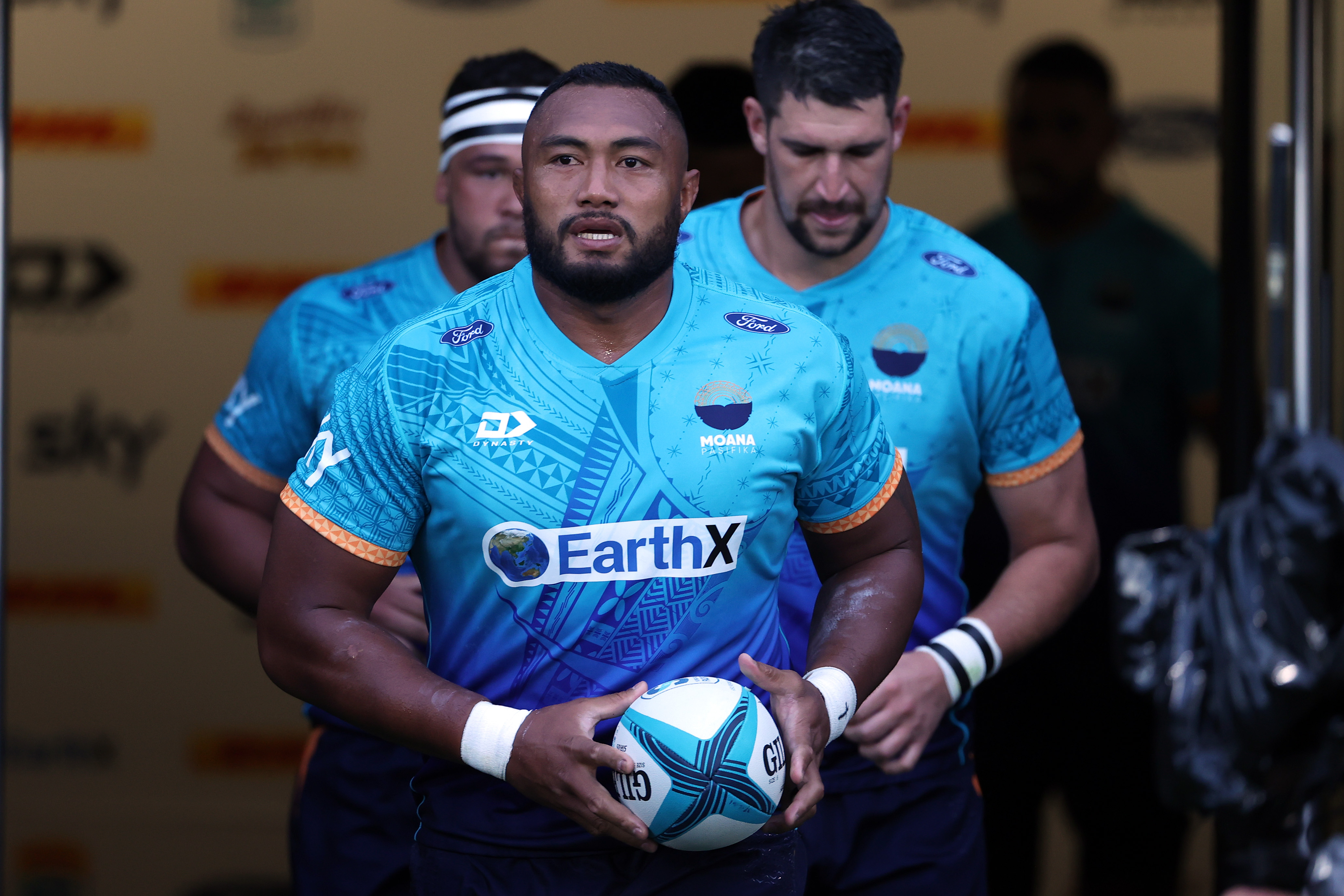 The Moana Pasifika team has so far only been able to play one of its four games postponed due to COVID.( Getty Images: Fiona Goodall )

And this is where the timing squeeze starts, and where the prayers to gods of rugby and pandemics alike start as well, as any further postponed games from this weekend onwards become significantly harder to shoehorn into the back end of the season schedule.

Even this weekend coming, hope is the dominant feeling rather than confidence that all three games will be played in New Zealand.

The Highlanders have been able to draw on extra players, some who did pre-season or have been training with other teams in 2022, and are said to be "cautiously optimistic" they will be able to field a team to face the Blues in Dunedin on Saturday.

COVID-19 hit their squad hard last week, but a saving grace this week might be that the majority of the affected players come out of isolation at the same time.

But training has been light as numbers return, and medical staff will still need to make a call that the players won't be put at risk by playing. 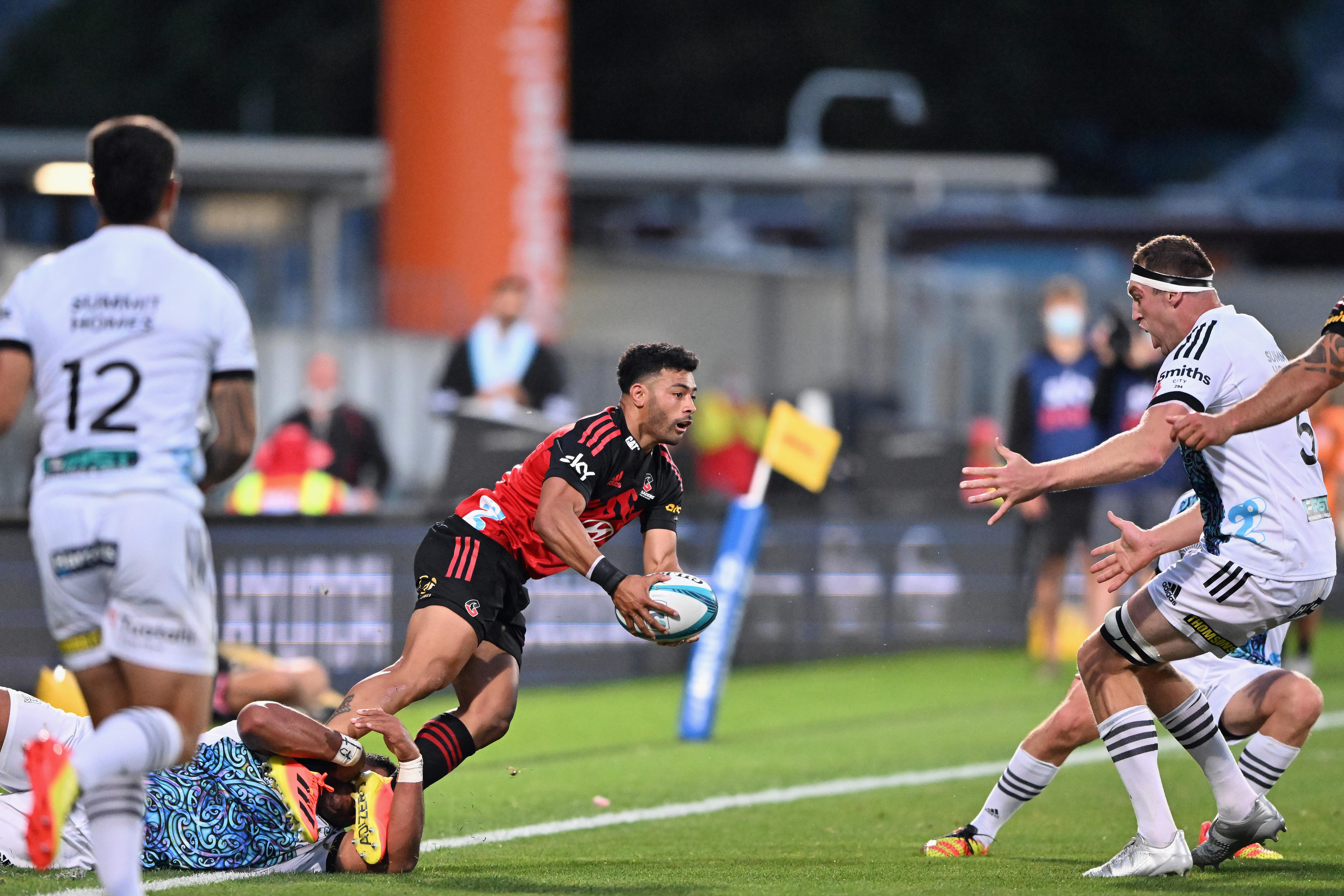 Both the Crusaders and the Chiefs have been seriously hit by COVID, with at least half their squads affected last weekend.( Getty Images: Kai Schwoerer )

The same applies to the Crusaders and Chiefs, who meet in Hamilton on Saturday.

The Chiefs had 17 players out of action last weekend, and the Crusaders had around 65 per cent of their playing squad impacted too. Both are racing the clock for this weekend.

Of course, Australia isn't out of the woods yet, and just as the NRL and AFL will have contingencies at the ready for the scenario where a club or clubs are hit by the virus, so too will Rugby Australia and the Super Rugby sides.

All bar the Western Force had pre-season programs hit by COVID, and all including the Force will be hoping that's their sum total of disruption for the season.

Because, simply put, the later in the season that teams are affected, the harder it gets to reschedule games.

And the last thing a fledgling competition needs is to be cancelling games in its first season.