Ebert, who won four Magarey Medals for Port Adelaide as the best player in the South Australian league prior to the formation of the national competition - plus  three premierships and six club best-and-fairest awards, was elevated to the highest honour in the sport. 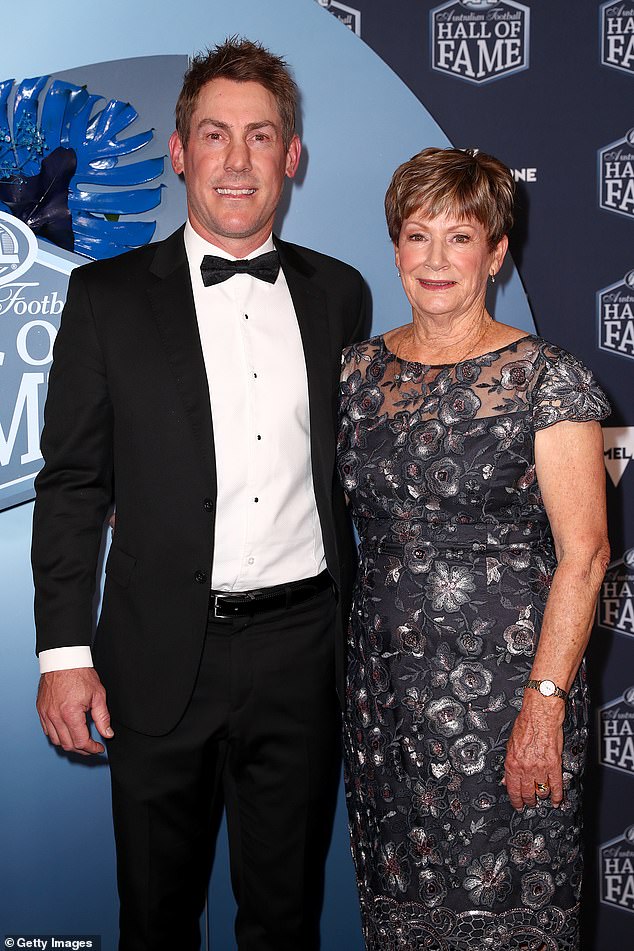 Russell Ebert was named the 32nd official legend of the AFL. He passed away in November last year and he was represented at the ceremony by his son Brett and widow Di.

Ebert, whose won Brett and nephew Brad followed in his footsteps to play for Port after it entered the AFL, passed away in November at the age of 72 after a battle with leukaemia.

'We feel very proud of him, of course, and think it’s very well deserved,' his widow Di told News Corp.

'We only wish he was here to accept it, that’s the hard thing.

'We wish it had come a bit earlier and he could’ve been around, but that’s the way things go.' 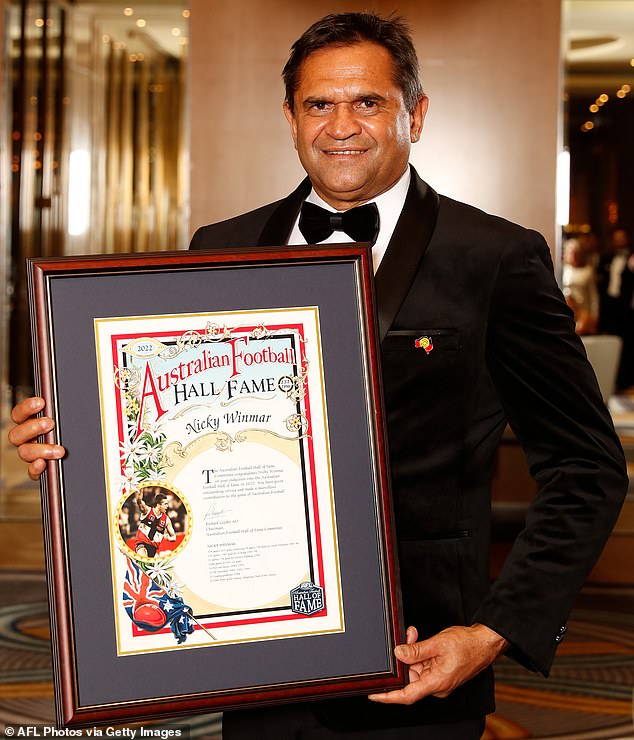 Former St Kilda great Nicky Winmar was one of eight new inductees to the Hall of Fame.

Winmar, whose electrifying skills were allied to his pioneering efforts to confront lingering racism toward indigenous players, was elected to the Hall of Fame. 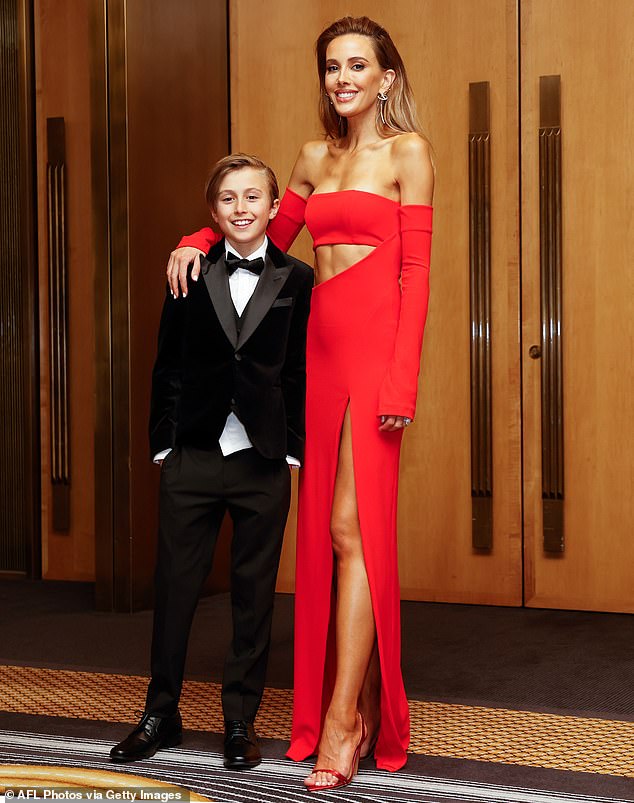 Bec Judd, wife of Hall of Fame member Chris, was pictured at the ceremony with son Oscar. 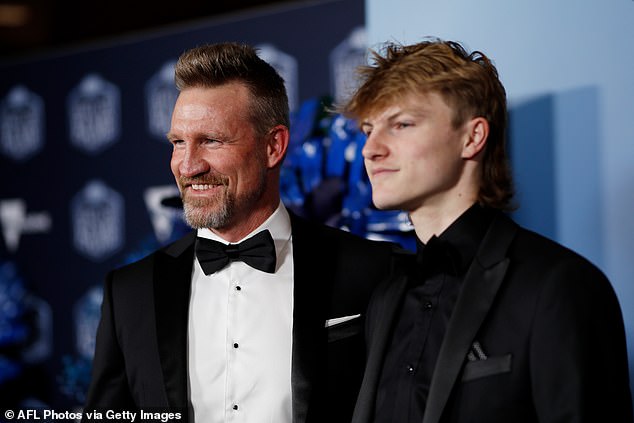 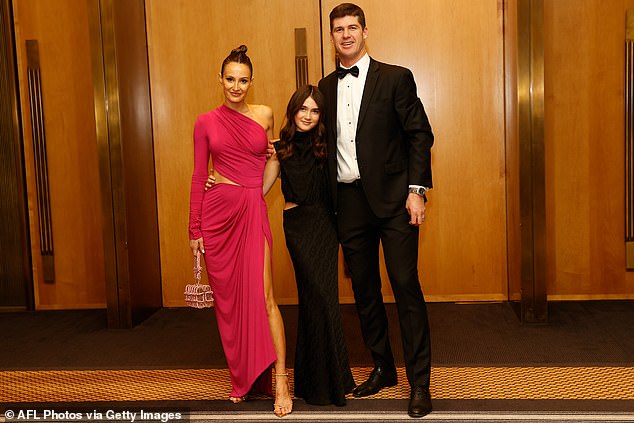