Heartbroken son of late West Coast Eagles legend Chris Mainwaring dedicates debut to his father after he died aged just 41: 'This one is for Dad. I've really been struggling without him lately'

For almost 15 years Zac Mainwaring has drawn comparisons to his late, great father on the football field. Now the son of West Coast legend Chris Mainwaring is set to make his WAFL debut and has declared, 'This one is really for Dad.'

Zac, 20, will make his senior debut for Claremont on Saturday. He was just a small child when his father was discovered dead at 41 from a suspected cocaine overdose.

Chris Mainwaring was a two-time AFL champion and was inducted into the West Australian Football Hall of Fame in 2005, meaning his family would always be in the spotlight. 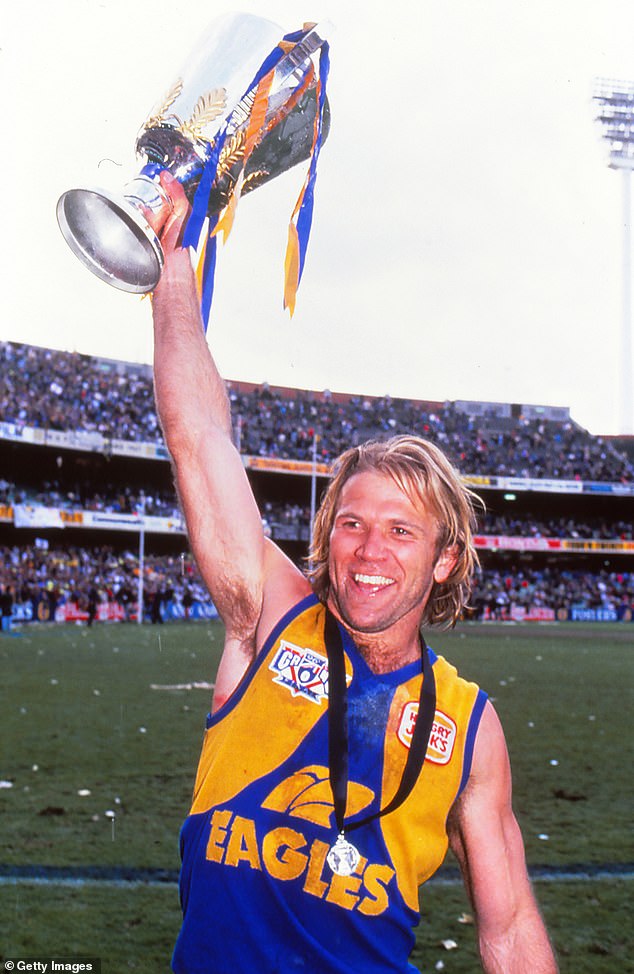 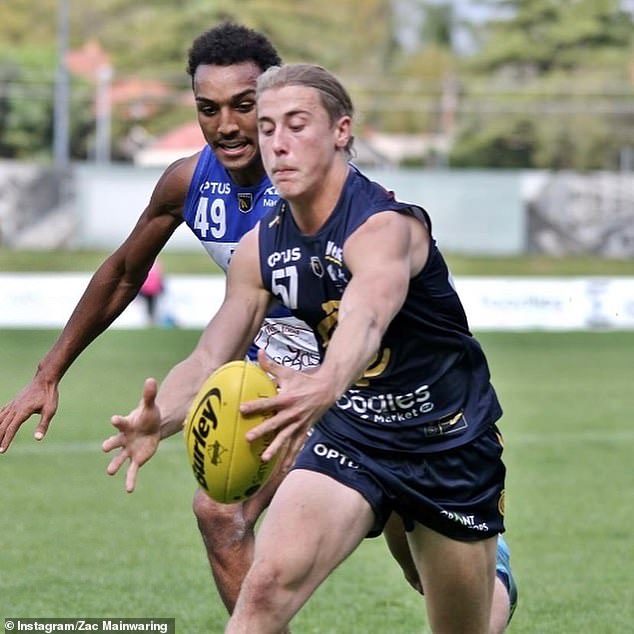 Every training session, every junior game of footy meant comparisons to his famous father.

'I have been struggling without him of late so this one really means a lot for us all,' Zac said.

'It is a huge day for the family.

'I have been working really hard over the last couple of seasons to crack into the league side.

'I was really hoping for a good game. I feel like I have done a lot of work during the pre-season to try and push for a spot in the league side so it was good to play well.

'It's bloody exciting, I can't wait.'

A number of Chris Mainwaring Legends Matches for Telethon were held in his honour between 2008 and 2012 with former players lining up at Subiaco Oval to raise money for children's charities.

Zac got to run out with the legends team as a nine-year old and then, during the 2012 edition, he was brought onto the team to make a cameo for the Eagles OWLS (Older, Wiser, Larger, Slower) team and he kicked a final-quarter goal.

The family scattered Mainwaring's ashes in a private tribute in 2017 to mark the anniversary of their loss. At the time, Zac said he wanted to follow in his father's footsteps through footy. 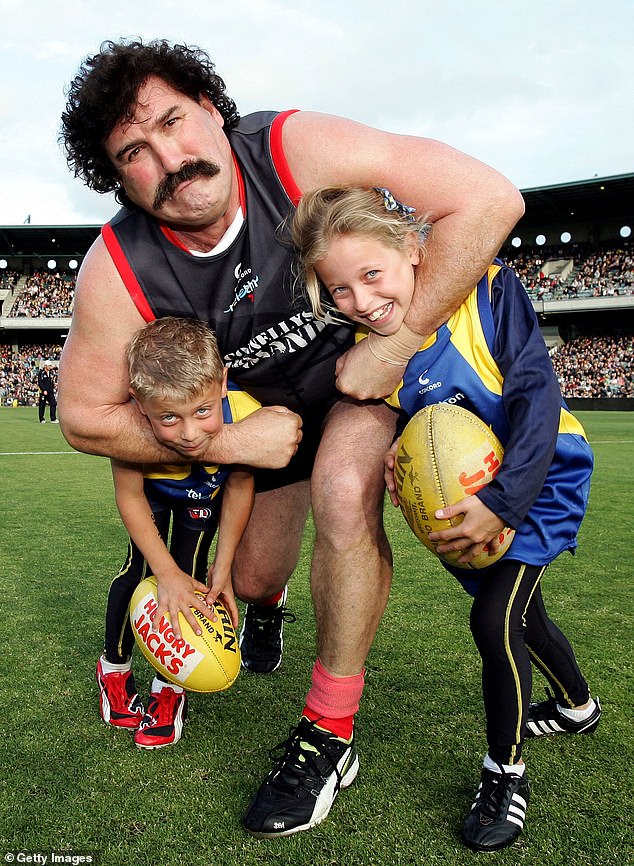 'It (footy) is good because sometimes it does get my mind off not having Dad there,' Zac said to Perth Now in 2017.

'I miss him a lot when I see other dads with their sons. I remember him as a really good dad and hopefully I can follow on in his footsteps and be like he was.'

Mainwaring's No.3 jersey was retired for three seasons following his death, while the Eagles' Best Clubman Award has been permanently re-named the Chris Mainwaring Medal.