Hawthorn has rolled out a secret weapon ahead of its AFL clash against the Gold Coast Suns on Saturday night: dishwashing liquid.

With the match to be played at hot and humid TIO Stadium in Darwin, Hawks coach Sam Mitchell has rolled out Eskys full of soapy water at training to help emulate those playing conditions.

The idea came after watching St Kilda and Port Adelaide struggle in the heat and humidity in Cairns earlier in the season. 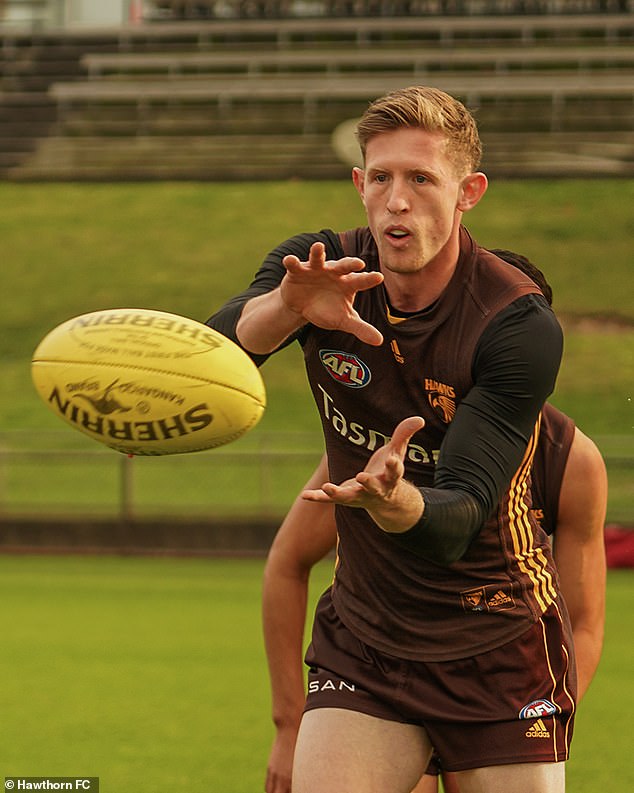 While the Gold Coast players should be well conditioned, Mitchell wants to ensure his players are ready for every contingency.

While this technique might be a curiosity in AFL, it has been a technique long employed by rugby league and union sides in the past.

The use of soapy balls at footy training has a long history, with the NRL first employing the tactic in the 1980s when Penrith Panthers coach Ron Willey rolled out the buckets of soapy water for training.

It was a technique emulated by the New South Wales Blues in 2019 to prepare for slippery conditions at Optus Oval in Perth. 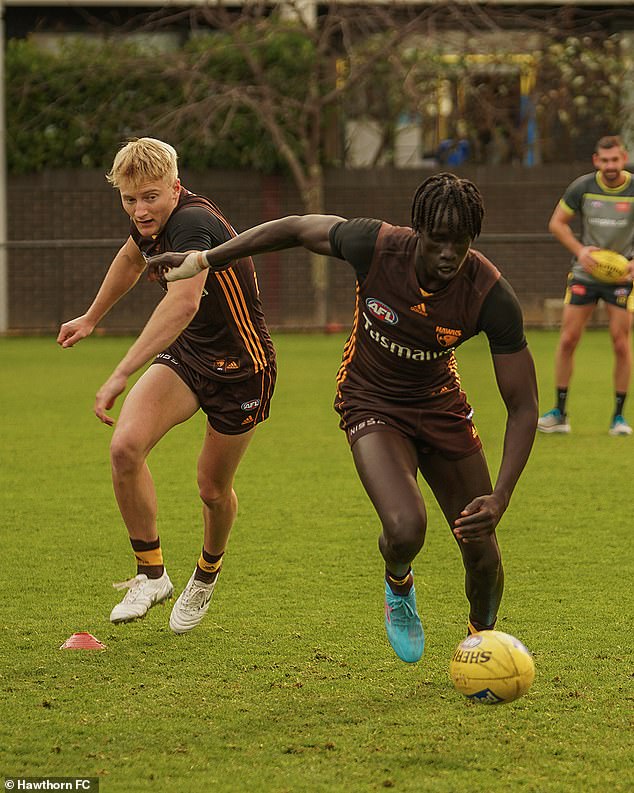 The English rugby union side also used soapy balls ahead of the 2019 World Cup, with coach Eddie Jones looking to condition his halves and backs to humid conditions in Japan.

It was part of a range of novel approaches including hookers wearing boxing gloves when practising lineout throws.

Before that, former Gold Coast Titans coach John Cartwright also deployed the soapy balls ahead of their clash against Canterbury. He said the idea came from assistant coach Trevor Gillmeister who became used to the technique in his playing days. 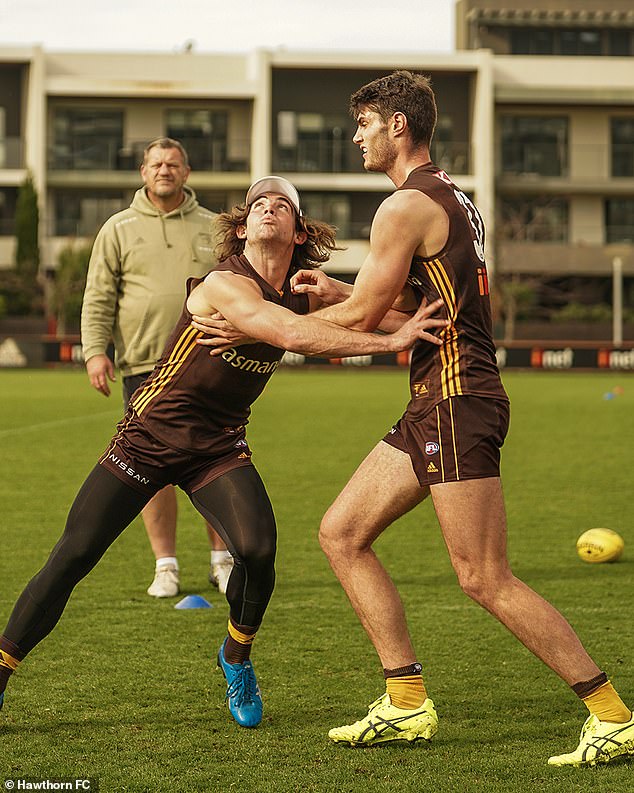 Meanwhile the Hawks are adopting a wait and see approach on whether club champion Cyril Rioli will come to the match.

The Hawks have invited the four-time premiership winner to the match, but it remains unclear if he will attend after he prematurely retired from the club - citing a number of allegations of racism at the Hawks.

Today is the beginning of National Reconciliation Week. It marks the 55th anniversary of the 1967 referendum, a significant day for First Nations people.

We recognise the importance of educating ourselves, which is what Sam Mitchell and his three kids sat down to do yesterday. pic.twitter.com/2ev66YvHMX

Mitchell played alongside Rioli and said he had reached out to Rioli this week to let him know he is welcome.

'I've left him a message. [There are] two aspects, me the coach of Hawthorn trying to reconnect with Cyril, but there's also Sam Mitchell and Cyril Rioli, premiership teammates, who want to catch up and say hello,' Mitchell told The Age.

'I'm probably more focused on that one, to be honest. What he is thinking and feeling with the club on a big picture - that's up to him.'