Fremantle and West Coast have had vastly different starts to the season, but it's still hard to tell where they're at

Fremantle has shown more than a glimpse of the promise it displayed over the past two seasons, thrashing West Coast and GWS in consecutive weeks.

The Dockers sit in the top four, and are enjoying their best start to the season since 2015, but it's still difficult to gauge how good they actually are.

Saturday night's win against the Giants without captain Nat Fyfe, rising star Caleb Serong, and coach Justin Longmuir, demonstrated the young brigade has plenty to offer, and suggests the Purple Army should expect at least a finals berth this year.

But a quick summary of the season shows there will be ups and downs along the way.

As a rule of thumb, Western Australian teams need to win all home games and snatch a couple on the road to make finals.

The Dockers started with an impressive win against the Crows in Adelaide, and then reverted to their old ways — bombing inside 50 as they went down to Saint Kilda at Perth Stadium.

But comprehensive wins over West Coast and GWS have set tongues wagging, especially from within the club.

“There’s still plenty of growth. We are a young group,” stand-in coach Jaymie Graham said after the 34-point victory over the Giants.

"We’ve been looking for consistency. It’s something that came out of last year.

“Even this year we haven’t been consistent over four quarters. That can come with a young group of players." 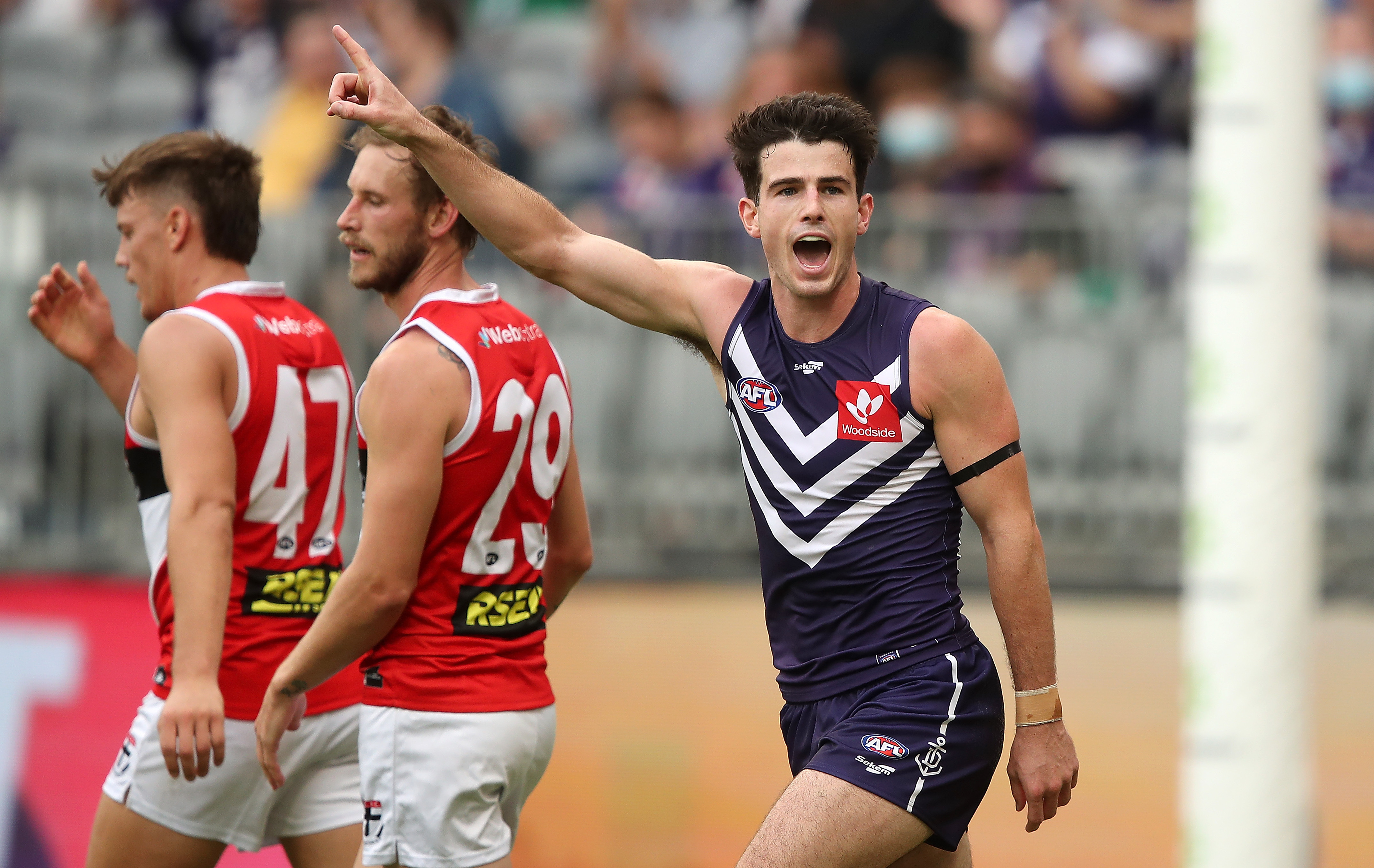 Docker Andrew Brayshaw celebrates kicking a goal during the round two match against the Saints in Perth. ( AAP image: Gary Day   )

The Dockers have won consecutive games without Fyfe and Serong, allowing other players to step up in the process.

Andrew Brayshaw has underlined his ability, and now has to learn how to deal with a hard tag, while recruit Will Brodie showed his value with a career high 36 disposals against GWS.

And while Saturday's win was impressive, it's important to note the Giants have only beaten Gold Coast this season, and don't appear to be one of the stronger sides at this stage.

It won't become much clearer for the Dockers next week as they go up against a struggling Essendon on Sunday.

The real litmus test will be in round seven, when they head to Kardinia Park to play Geelong — a ground which holds nightmares for the men in purple.

For now though, Dockers fans can revel in a solid start to the season, and even allow themselves to dream of a first finals berth in seven seasons.

Eagles on the board, but where do they sit?

While Dockers fans start the working week with their side in the top four, West Coast supporters will be revelling in one of the club's greatest wins.

Before the match against Collingwood at Docklands, coach Adam Simpson insisted his side was playing to win, despite missing Luke Shuey, Tim Kelly, Elliot Yeo, Dom Sheed and Andrew Gaff from the midfield.

"The will to win, you can't underestimate that," he said after the 13-point win.

"We've stuck fat all year. I think we've handled the situation as best we can.

"We've tried to just get on with it, and stay resilient as a club." 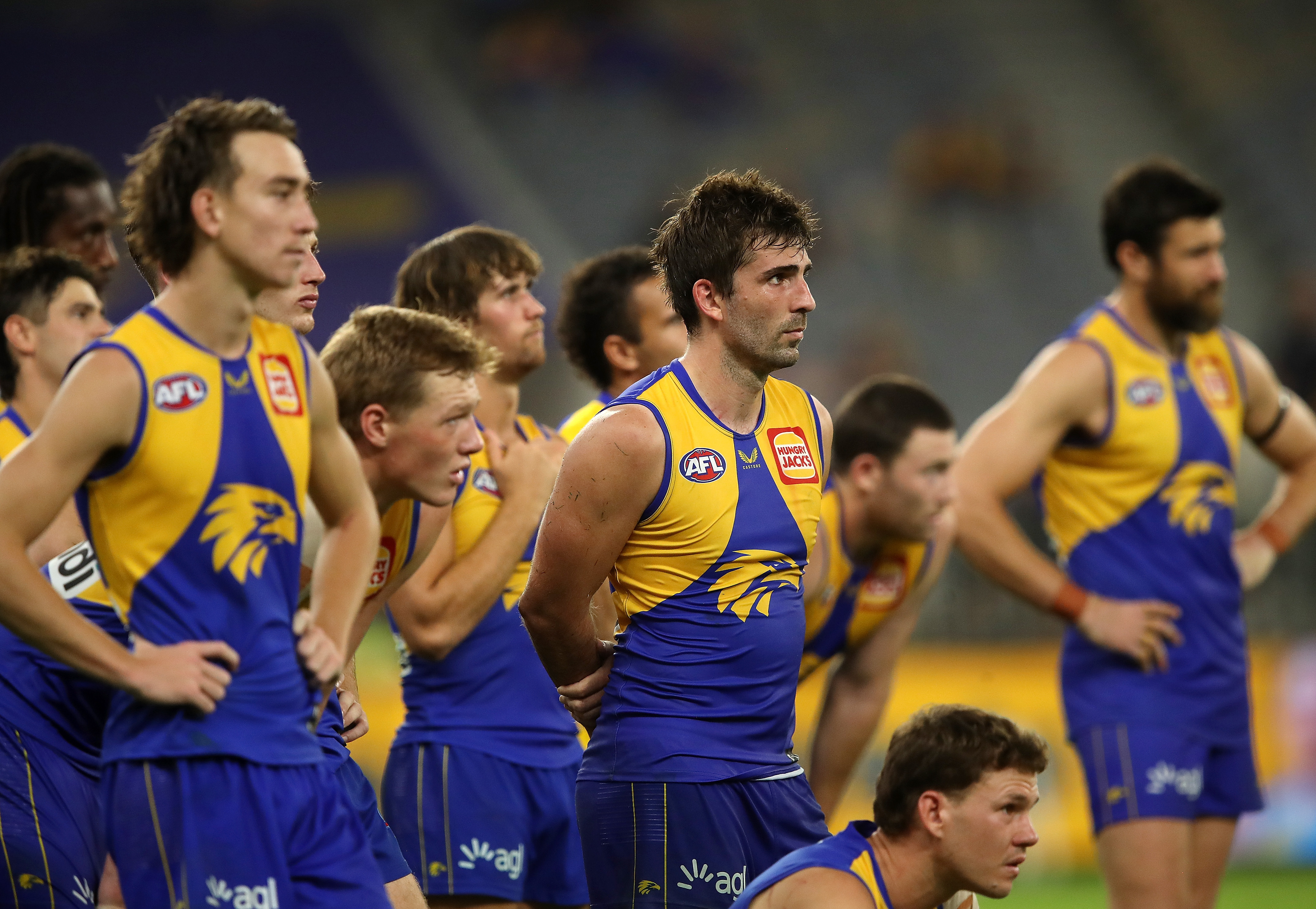 The Eagles have won one game out of four rounds this season. ( AAP Image: Gary Day )

It was the first win of the season for West Coast and meant the team avoided losing eight consecutive games, stretching back to last season.

It also underlined the importance of the Eagles twin towers in attack, and in defence.

Josh Kennedy, despite his advancing years, booted three goals, while Jack Darling kicked two, including one from an acute angle when the game was up for grabs.

The Eagles lost the inside 50 count, but were far more efficient when they did attack, illustrating that the most important skill in football remains goal-kicking.

There will also be cautious optimism that when the stars begin returning, they will be a force to be reckoned with.

Despite missing those five first choice midfielders, the Eagles matched Collingwood in clearances and disposals.

Shuey and Kelly are expected to play against Sydney on Friday, with Yeo a chance as well after a strong return through the WAFL.

The Eagles have struggled this season, but if history has taught us anything, you can never write-off the West Coast powerhouse.