From chicken shop to the AFL! West Coast Eagles snare Jai Culley in the mid-season draft as 19-year-old young gun delights in leaving his takeaway job for a shot at the big time

West Coast have given their rebuild a kick-start by snaring big-bodied midfielder Jai Culley with the No.1 pick at the AFL's mid-season draft.

The 193cm Culley was in the frame to be a first or second-round selection in the national draft later this year after being overlooked in 2021.

But the last-placed Eagles got the early jump on the 19-year-old courtesy of their season from hell in which they have lost their past seven games by an average of 79.7 points. 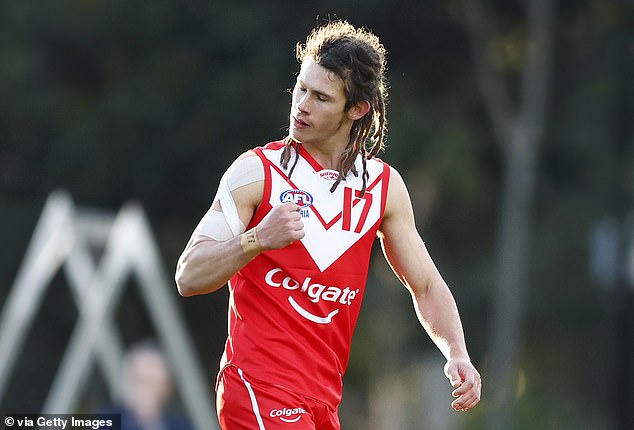 Culley, who is working part-time at a takeaway chicken shop, admitted this week he didn't know anything about the playing career of Eagles coach Adam Simpson, who notched 306 games for North Melbourne and also captained the club.

'I know his name, but I didn't know he played for North Melbourne or anything,' Culley told the AFL website after being selected by West Coast on Wednesday night.

'I'm bloody stoked. I can't wait to meet all the boys.'

North Melbourne chose 23-year-old defender Kallan Dawson with their No.2 pick, while Essendon took defender Massimo D'Ambrosio with pick No.3.

Adelaide selected 25-year-old midfielder Brett Turner with pick No.4, while GWS rounded out the top five with the selection of athletic key forward Wade Derksen. 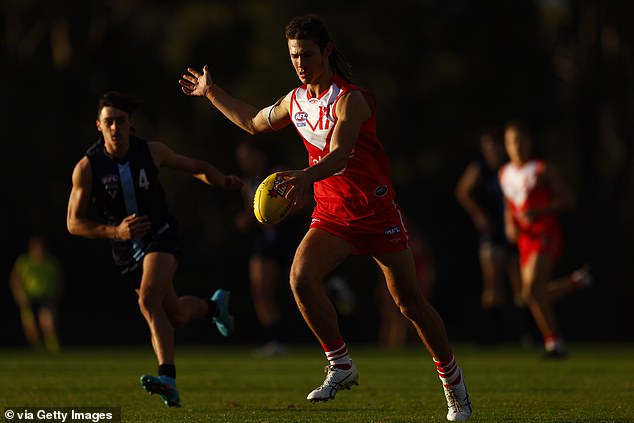 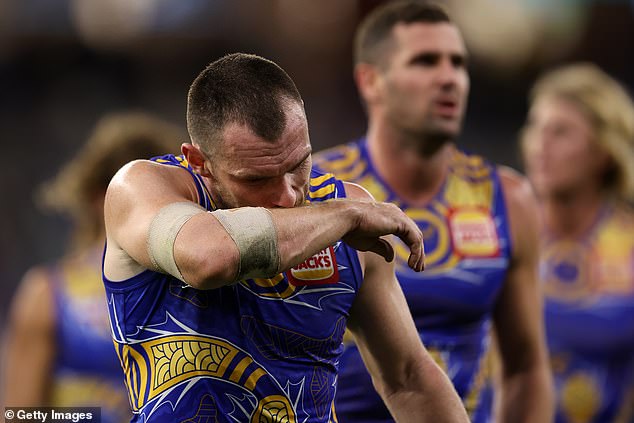 St Kilda had been linked to forward Hugo Hall-Kahan.

But when Sydney swooped with pick No.11, St Kilda passed when they finally had their turn at pick No.14.

A total of 17 players were picked up, with Melbourne, the Western Bulldogs, Brisbane and St Kilda the only clubs not to select a player.

Sam Durdin, who played 22 games for North Melbourne after being pick No.16 in the 2014 national draft, got a second chance after Carlton swooped with pick No.13.

Durdin, who was delisted by the Kangaroos at the end of 2020, will help bolster Carlton's injury-hit defence.

Carlton also gave former Western Bulldogs midfielder Will Hayes a lifeline when they selected the soon-to-be 27-year-old with pick No.22. 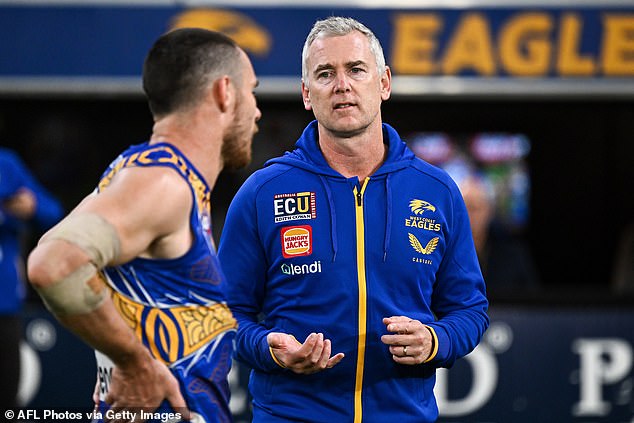 Ramsden grew up supporting the Hawks and his former schoolmates Ned Long and Josh Ward are already at Hawthorn.

'I'm over the moon,' Ramsden said.

'I always hoped to go to the Hawks but I wasn't too sure, there were lots of clubs talking.

'Last year I just nominated (for the national draft) because I hoped I would be a chance at this draft.

'A few of my friends said I had to do that (to be eligible for the mid-season draft).

'I was just playing school footy last year, so I didn't think I was a chance last year. But it's been a really good journey and I think I've improved a lot.'

Fremantle used pick No.15 to select in-form WAFL forward Sebit Kuek, who has booted 14 goals from his past four games for East Perth.