Tickets for the AFL grand final in Perth will go on sale from September 13 as the league revealed price and allocation details for the September 25 decider.

Of the 60,000 seats available at Perth Stadium, 24,000 spots will be allocated to the members of the two teams competing, while a minimum of 10,000 tickets will be opened up to the general public.

The entry level price for a ticket will be $185, consistent with ticket prices for the 2019 and 2020 grand finals.

AFL executive general manager commercial and customer Kylie Rogers said club members would be the priority for the league.

“A full house, with a 60,00 strong crowd, will deliver a pulsating atmosphere for the players, for the crowd in stadium and for everyone watching the broadcast nationally," Rogers said.

“For the ticketing release, we will continue to prioritise our competing club members, members who have stood by their clubs all throughout the pandemic and the uncertainty it has delivered the competition.

“Twenty-four thousand tickets will be available to the two clubs (12,000 each), with any of these tickets not taken up by members going towards the general public on-sales.

“Historically, general public tickets have never gone on sale for grand finals in Victoria, however, footy fans in Western Australia will be rewarded with a minimum 10,000 tickets immediately allocated to the general public, and then increased with the balance of the unused member allocation.”

The general public on-sale begins on Thursday, September 16, at 10am AWST.

Tickets will be available through Ticketmaster. 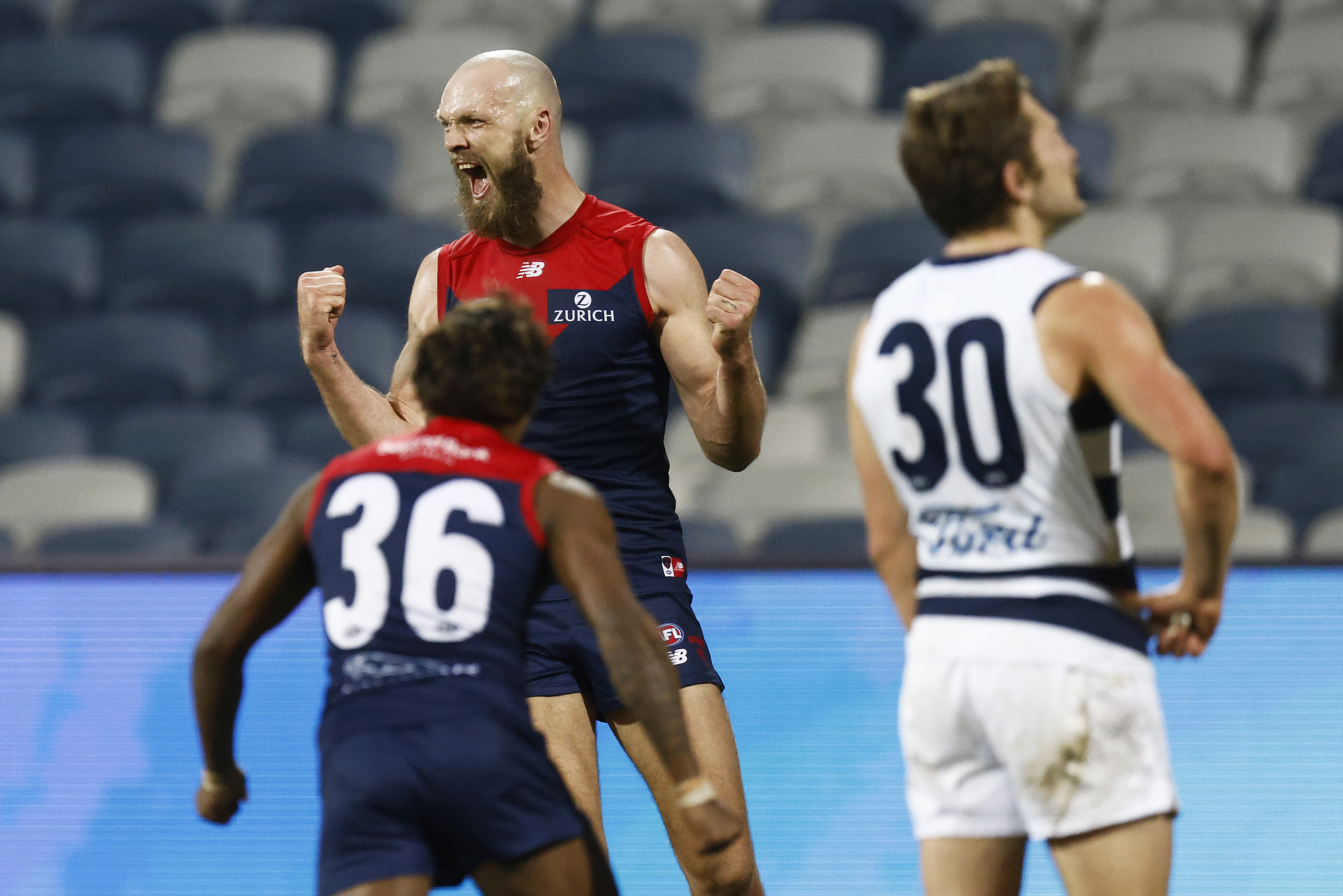 Melbourne's captain Max Gawn kicked a goal after the siren to defeat Geelong and help the Demons claim the minor premiership in round 23.(

When can I buy an AFL grand final ticket?

How much are AFL grand final tickets?