Essendon legend Matthew Lloyd has amplified the heat on Ben Rutten, insisting that 'something has to give' amid a turgid run of form for the under-fire coach this season.

The Bombers' season hit a new low on Friday after they slumped to their 11th loss this year in an embarrassing defeat by rock-bottom West Coast, despite entering the contest in buoyant mood after beating St Kilda last week.

Essendon's latest defeat has resulted in more calls for the club to part ways with Rutten and fans took to social media to express their anger with the coach and his side. 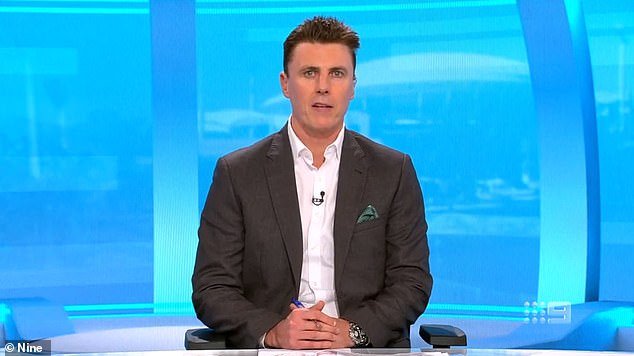 Now, Bombers legend Lloyd believes that change is needed at the club and fears his old side are 'too accepting' of their current plight.

'I honestly think Ben Rutten should be under pressure for his job,' he said on Nine's Sunday Footy Show.

'I just think, why was Carlton last year the worst defence in the comp under David Teague and within the space of a pre-season Michael Voss now has his team in the top four.

'They were pulled apart by a team who has struggled to score all year. 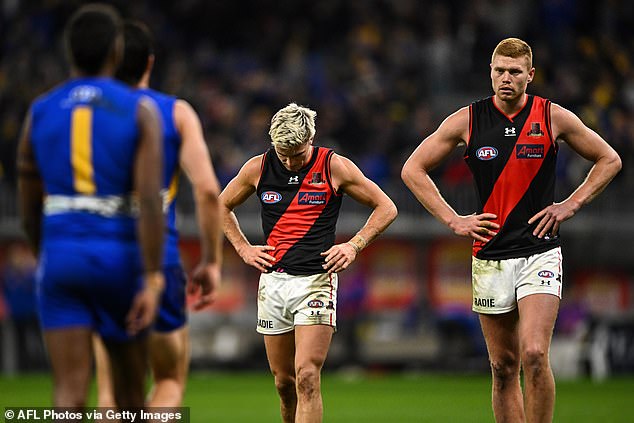 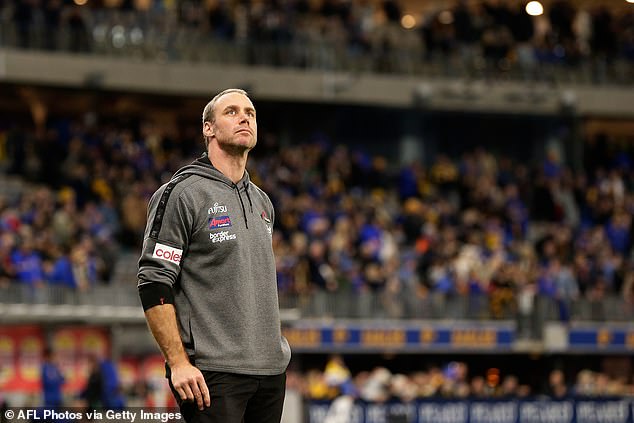 As a result, calls for coach Rutten to be sacked have intensified among fans on social media

'I think something has to give at Essendon.

The three-time Coleman medallist added that a full-scale review from top to bottom is needed and that the club would be naive not to consider a move for premiership-winning coach Alastair Clarkson.

'I want a proper review; I want a review for everyone to look at what's going wrong at the club and why it's been so mediocre for so long,' he said.

'There is a man called Alastair Clarkson sitting there looking for a job. Could he be the thing that wakes up this football club from its slumber?'

Clarkson is the most hotly-sought after name in the AFL, with a number of clubs linked with a swoop for the coaching mastermind. Footy journalist Caroline Wilson has refused to rule out a partnership between Clarkson and the Bombers. 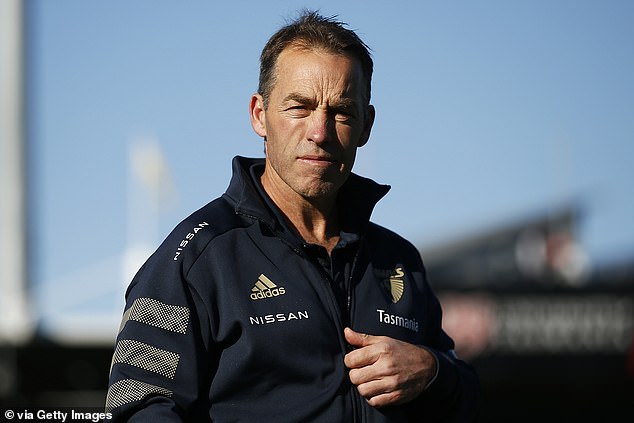 Running through Clarko's options, she said: 'At the start of the year, there was definitely conversations being had unofficially between the Clarkson camp and the St Kilda camp.

'We're told that the Brett Ratten contract renewal is all but completed. And then these two disappointing weeks. It is a conundrum.

'I'm not writing him off for GWS, although it's not the preferred option. You'd think that the Gold Coast door would close in the next couple of weeks, particularly if they win today.

'And then, of course, there's Essendon. I'm not quite writing off Essendon in Alastair Clarkson as well. And if all of the doors close as well, the Tasmanian gang could hold out.

'If they come into the competition in 2025. But no, you can't write off St Kilda, although it would be a big thing now to go back on their word with Brett Ratten. And these are honourable people. I would be amazed.'