West Coast have suffered an embarrassing Friday night flop after conceding the opening eight goals in a 63-point AFL loss to Sydney at Perth Stadium.

Ruckman Peter Ladhams made the most of Nic Naitanui's absence to rack up 24 disposals, 24 hitouts, five clearances and a goal in a dominant display.

Sydney had 11 goalkickers in an even spread, with Isaac Heeney booting three.

There was hope West Coast's upset win over Collingwood last week, combined with the return of star quartet Luke Shuey, Elliot Yeo, Tim Kelly, and Jamie Cripps, would ensure they could match it with the high-flying Swans (4-1).

But any prospect of a match resembling a contest was quickly extinguished, with the first-quarter stats telling the story of the night.

Emerging Sydney spearhead Logan McDonald showcased his talents with a 50m goal on the run and a clever snap, while Hayden McLean overcame an embarrassing dropped mark near the goal square to boot two majors.

The Swans continued to pile on the pain in the second term, with their ability to use the corridor at speed allowing them to go over the top of West Coast's defensive set-up.

Chad Warner's goal midway through the term saw the margin expand to 56 points.

At that point, the stage was set for a repeat of Sydney's 92-point thumping of West Coast at Kardinia Park last year.

The Eagles were so woeful early in Friday's match that they needed a slice of luck to finally get on the board, with Ryan converting a dubious free kick with eight minutes remaining in the first half.

A clever Josh Kennedy snap shortly after gave West Coast further life, and the Eagles did manage to outscore Sydney two goals to one in the third quarter.

But the rout in the first 45 minutes of the match meant the game was already well and truly over.

The final 50m count read 65-29 in Sydney's favour in a stat that showcased the Swans' utter dominance of the match.

A hot-start has set the tone for the Western Bulldogs' 68-point win over struggling North Melbourne in their Good Friday AFL clash.

The game was effectively over at quarter time after the Bulldogs had piled on eight goals to one to lead the shell-shocked Kangaroos by 45 points. 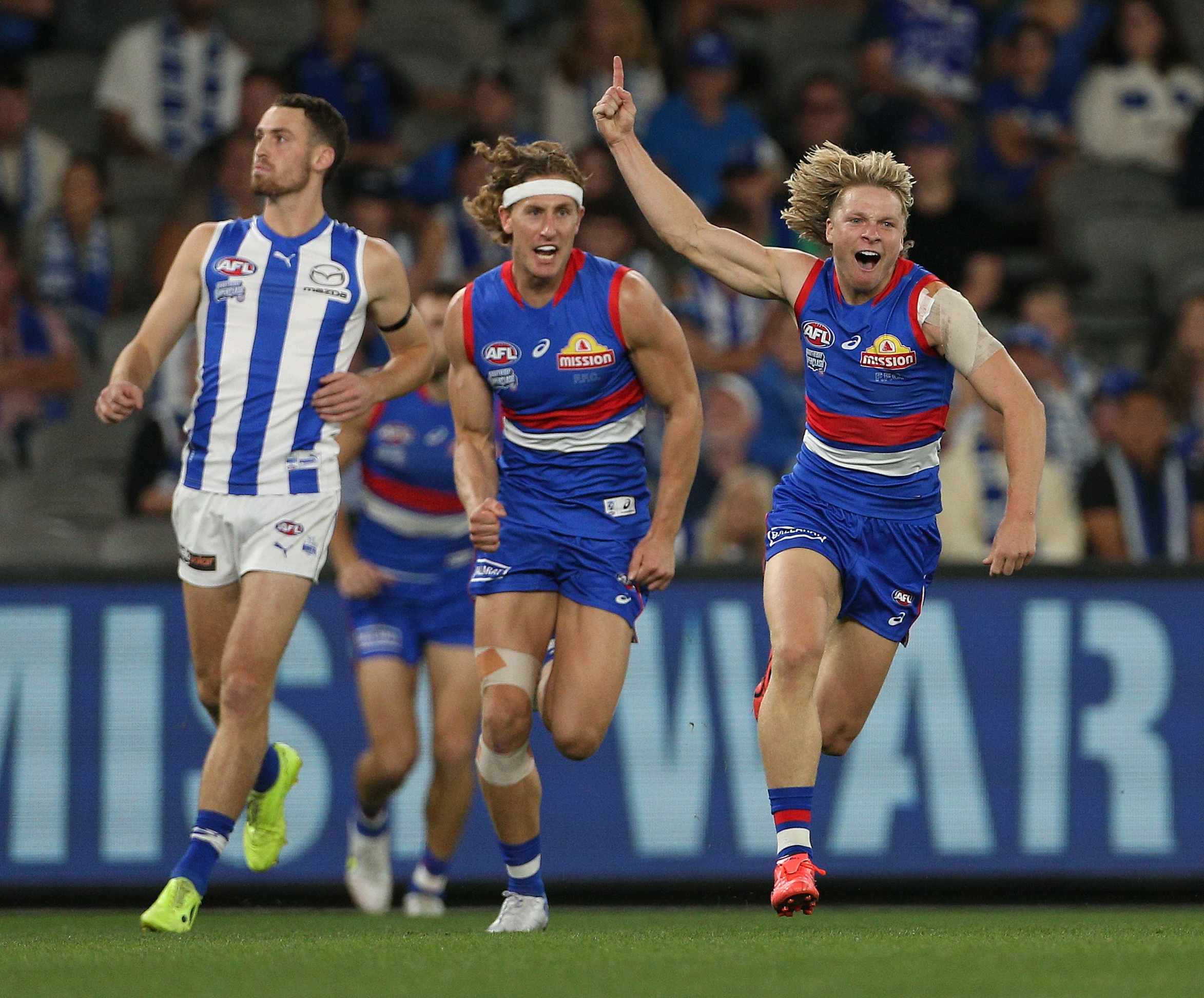 North were embarrassed by 128 points in the corresponding match last year and supporters feared another crushing blowout defeat in the marquee game.

The Kangaroos fought their way back into the game with a five-goal-to-two second term, sparking the pro-North crowd into delirium.

Bulldogs star Bailey Smith continued his prolific start to 2022, gathering 22 first-half possessions on his way to a career-high 43 as he capitalises on a matchwinning finals series last year.

Weightman slotted his fifth late in the contest for the biggest haul of his 24-game career.

Key forward Aaron Naughton made up for a frustrating and inaccurate start to the season by finishing with 5.3 in a much-needed confidence boost.

Captain Marcus Bontempelli was used in a deep forward role and the move reaped dividends with three goals, including two in the first term.

Jy Simpkin, in his 100th AFL game, was clearly the Kangaroos' best player as the improving midfielder racked up 27 possessions.

Both teams lost players to injury, with North speedster Aaron Hall (hamstring) and Bulldogs youngster Riley Garcia (knee) subbed out at half-time, while the Kangaroos' Jack Mahony (ankle) sat out the final 10 minutes.

After a sluggish start to the season, the Bulldogs now have a chance to build as they host struggling Adelaide in Ballarat next weekend before more winnable games against Essendon and Port Adelaide.

North, who have slumped to 1-4, will host Geelong in Hobart in round six.