The AFL Grand Final's move to Perth has been confirmed as Melbourne continues to battle a coronavirus outbreak, with 76 new cases on Tuesday.

The announcement is expected to be made on Tuesday, the same day Victorian Premier Daniel Andrews is likely to extend the city's lockdown.

Melbourne will lose Australia's biggest annual sporting event for the second year running, after it was held in Brisbane last year during the city's second wave.

But the MCG, where the grand final is always held, will not walk away empty handed after being denied a second year. 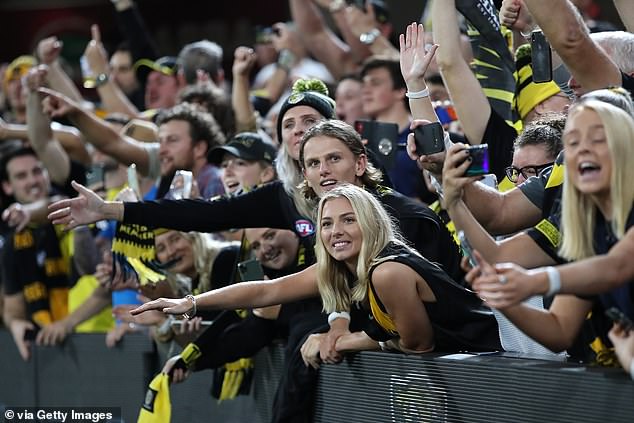 It has been promised another year to host the footy final, as well as other games to be held at the stadium over the next few years, the Herald Sun reported.

As part of the deal, more regional AFL games will also be held across Victoria.

The final, which will kick off in the evening of September 25, will take place at Perth's Optus Stadium - the venue's first year of hosting the event.

The new stadium, opened in January 2018, holds a capacity of 60,000 people, making it one of the biggest grounds in Australia.

The MCG's contract to host the Grand Final was last year extended to 2058 and will now be lengthened by another year to 2059.

The Brownlow Medal is also expected to be handed out in Perth, potentially on the Sunday before the season decider, with a Grand Final parade also on the cards for the Western Australian capital.

The AFL will take a week off before the final so teams are able to attend events in the community after having completed quarantine. 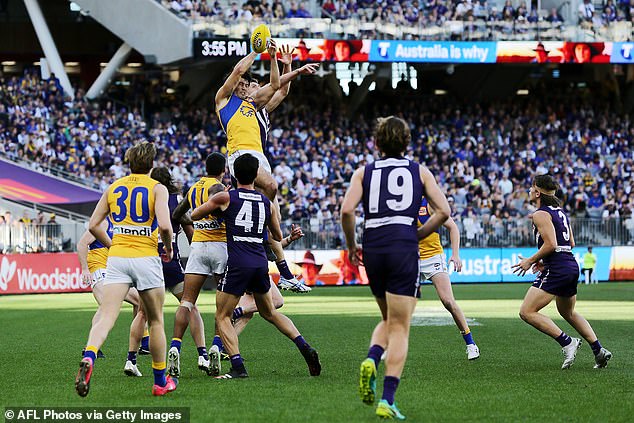 Geelong and Melbourne have already relocated to Perth after their qualifiers.

AFL chief executive Gillon McLachlan earlier said his focus was to have as many people in the grandstand as possible and Optus Stadium has a larger capacity than other Covid-safe rivals such as the Adelaide Oval.

The 2020 Grand Final was held at Brisbane's Gabba stadium during Melbourne's second wave with 29,707 fans in attendance.

While WA has remained largely Covid free in 2021, Victoria is in the midst of another outbreak with Melbourne thrusted into its sixth lockdown.

Another 76 cases were recorded in the state on Tuesday with 45 linked to known infections.

On Sunday, Premier Daniel Andrews said lockdown will not end on September 2.

The state's outbreak has grown to 805 active virus cases, and up to 49 of Victoria's new cases may have been infectious while in the community. 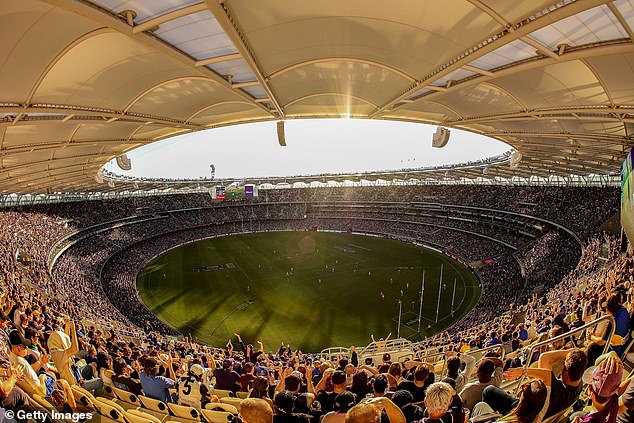 Perth's Optus Stadium holds a capacity of 60,000 people and is expected to be announced as the official host of the footy final this week

Source: https://www.dailymail.co.uk/news/article-9941537/AFL-Grand-Final-Perth-confirmed-no-end-sight-Melbournes-coronavirus-outbreak.html
We gotta use cookies to ensure that we give you the best WA footy experience. Just go with it (we won't do anything with data). Ok